At least 56 killed, more than 100 missing in California wildfire 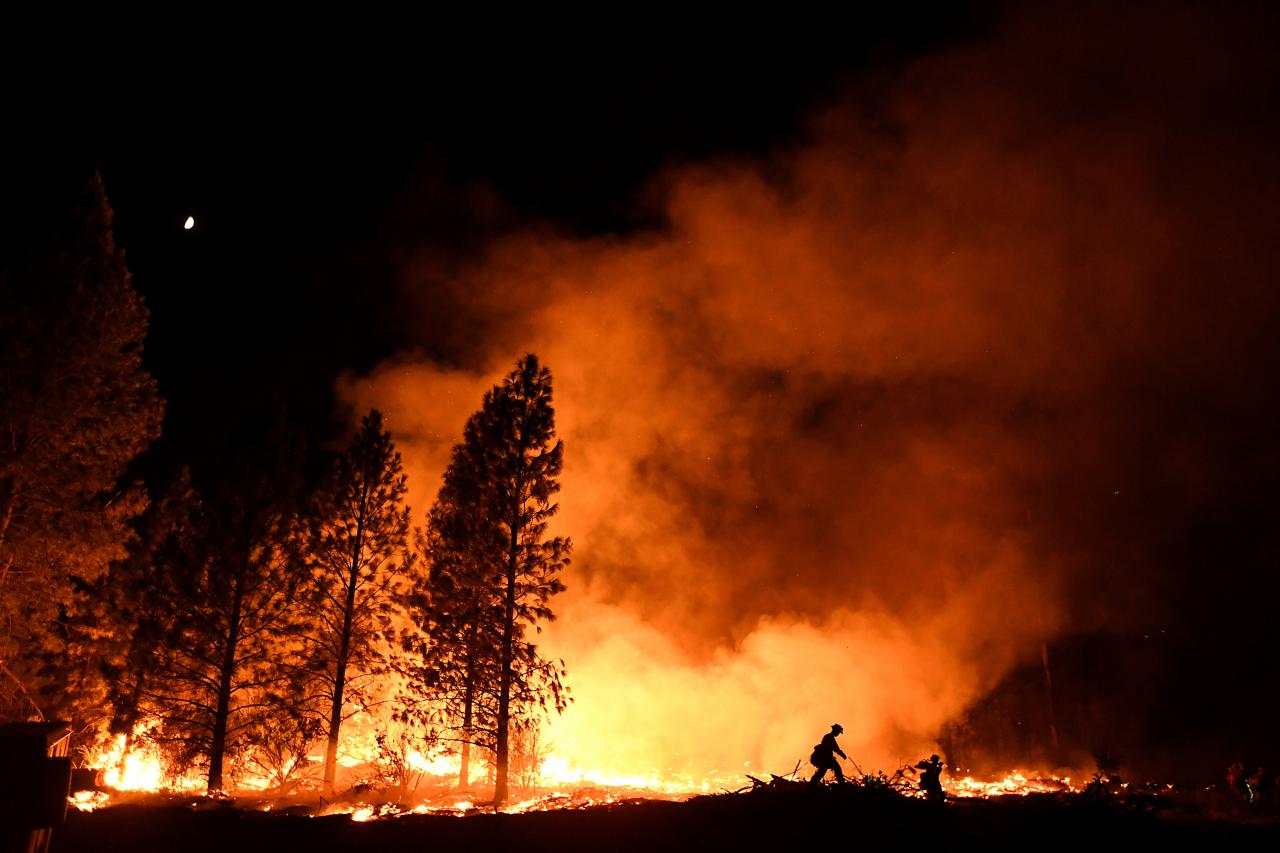 At least 56 killed, more than 100 missing in California wildfire

PARADISE, Calif. (Reuters) - The remains of eight more victims were found on Wednesday in and around a northern California town overrun by flames last week, raising the death toll to 56 in a wildfire disaster that ranks as the most lethal and destructive in the state’s history. The latest fatality count was announced hours after National Guard troops arrived to assist in combing through the ash-strewn ruins in what was left of Paradise, California, a Sierra foothills hamlet about 175 miles (280 km) north of San Francisco. Late on Wednesday, the Butte County Sheriff's Office released a list here of more than 100 people reported missing by relatives, the majority of them over the age of 65. Initially 230 people were officially reported as missing. Most of those who remain unaccounted for are from Paradise, which was once home to 27,000 people but was largely incinerated last Thursday night in the killer blaze, dubbed the Camp Fire. More than 8,800 buildings, most of them houses, burned to the ground in and around Paradise, a hamlet once home to 27,000 people. An estimated 50,000 people remained under evacuation orders. The footprint of fire grew to 135,000 acres (55,000 hectares) as of Wednesday, even as diminished winds and rising humidity allowed firefighters to carve containment lines around more than a third of the perimeter. “Progress is being made,” said Ken Pimlott, director of the California Department of Forestry and Fire Protection (Cal Fire) at a news conference flanked by Governor Jerry Brown, U.S. Interior Secretary Ryan Zinke and other officials. “This is one of the worst disasters I’ve seen in my career, hands down,” Brock Long, head of the Federal Emergency Management Agency, told reporters in the nearby city of Chico. The killer blaze, fueled by thick, drought-desiccated scrub, has capped two back-to-back catastrophic wildfire seasons in California that scientists largely attribute to prolonged drought they say is symptomatic of climate change. But lawyers for some of the victims are pointing to lax maintenance by an electric utility as the proximate cause of the fire, which officially remains under investigation. The Butte County disaster coincided with a flurry of blazes in Southern California, most notably the Woolsey Fire, which has killed at least two people, destroyed more than 400 structures and displaced about 200,000 people in the mountains and foothills near the Malibu coast west of Los Angeles. On Wednesday, the Los Angeles County Sheriff’s Department said the remains of a possible third victim were found in a burned-out dwelling.