At least five people injured in Chaman blast outside 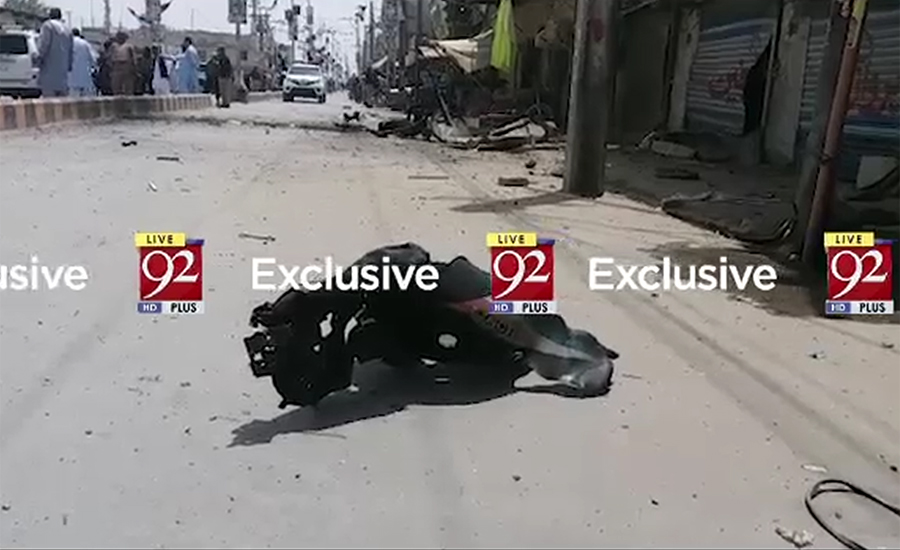 At least five people injured in Chaman blast outside

CHAMAN (92 News) – At least five people were injured in a bomb blast outside the additional deputy commissioner's house at Chaman’s Mall Road on Friday. As per reports, the bomb was reportedly placed on a motorcycle by the terrorist and stood outside the house of additional deputy commissioner. Suddenly, the explosion took place and damaged the surrounded shops. A huge fire erupted in nearby shops following the blast. After the blast, the injured were immediately shifted to Civil Hospital where medics said two of them were in critical condition. Internet services were suspended an hour before the incident took place after law enforcement agencies received information about a security threat. It is pertinent to mention here that the politically rally of Balochistan Awami Party passed from the blast site at 10:am. After being informed of the explosion, a strong contingent of security forces reached the blast spot and conducted search operation. They cordoned off the area. Earlier, as many as over 123 people, including Nawabzada Siraj Raisani, were martyred while 200 others injured in a suicide blast in an election rally in Darin Garh area.