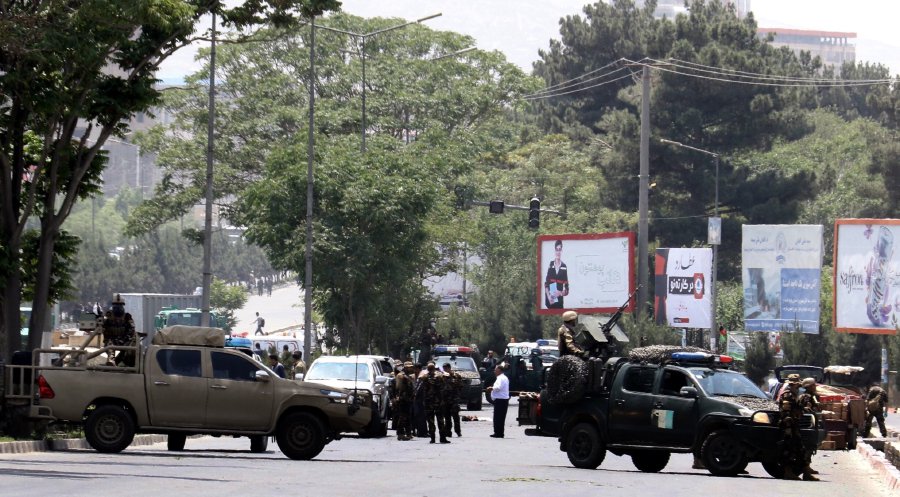 KABUL (AFP)- At least four people were killed when a suicide bomber detonated near a gathering of top clerics in Afghanistan's Kabul, shortly after they called such attacks a sin, police said Monday.

"Our initial information shows that the suicide attack took place when guests were exiting the tent" where the meeting was being held at around 11.30 am (0700 GMT), police spokesman Hashmat Stanikzai told local broadcaster Tolo News.

The attacker detonated outside the tent, known as the Loya Jirga tent, where gatherings of top clerics and government officials are often held, Stanikzai said.

A security source confirmed it had been a suicide attack.

Local media said that some 3,000 clerics had gathered at the tent for the meeting of the Ulema Council, Afghanistan's top clerics.