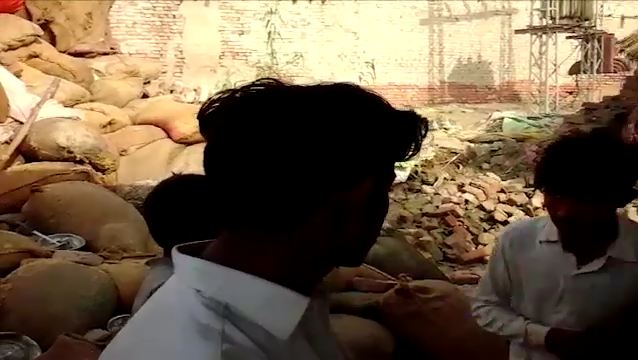 KANDHKOT (92 News) – At least four of persons a family including a woman and his husband were killed, while one child sustained injuries when the wall of a rice mill collapsed on to a house on Friday. As per details, the wall of a rice mill owned by Jeewat Ram collapsed on to a house in village Karampur near Kandhkot due to torrential rains, due to which woman Nazeeran Khatoon, her husband Jan Muhammad Meerani, their daughter Razia and son Sabir Meerani died on the spot Meanwhile, a child namely Abid Meerani sustained injuries, who was shifted to a nearby hospital for treatment. Hundreds of the area residents reached the spot and pulled the bodies from the debris.