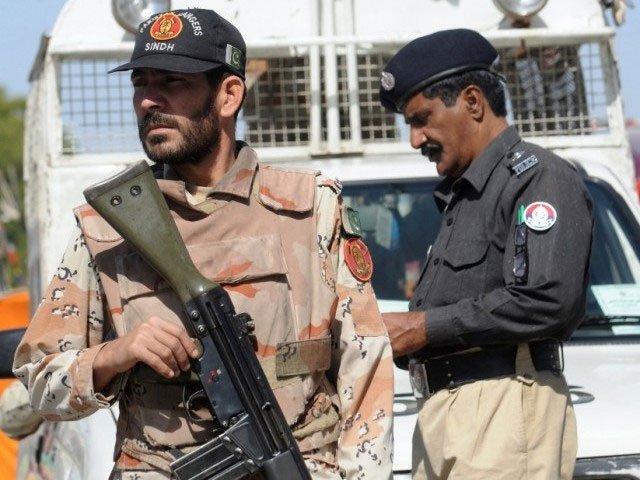 KARACHI (92 News) – At least three terrorists, involved in the killing of Chinese nationals and Railway track blasts, were killed and another detained after a shootout with the Sindh Rangers on Sunday. Sindh Rangers conducted an operation in Malir Memon Goth near Ismail Shah shrine, where the terrorists opened firing. In retaliation three terrorists namely Zahid, Nasir and Habib alias Fouji were killed on the spot while another namely Elahi Baksh alias Guddu was apprehended. Rangers spokesperson said that the terrorists worked for the banned Baloch Liberation Army, who were involved in killing Chinese nationals and Railway track blasts in 2010 and 2011. The spokesman said that the suspects were also involved in extortion, target killing and kidnapping for ransom. On the other hand, the law enforcement agencies detained a worker of a political party and recovered two Triple-two Rifles and 9mm pistol. Sources said that the accused was involved in several activities of dacoity.