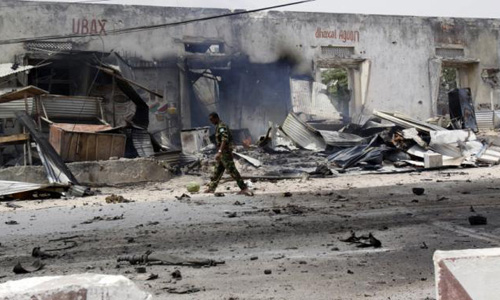 MOGADISHU – Two Kenyans and seven Somali guards were killed in a bomb attack on a vehicle carrying workers to the United Nations compound in Garowe in the Somali region of Puntland on Monday, police said. Authorities suspect Islamist al Shabaab militants of carrying out the bombing in the northeastern city, Mohamed Abdi, a police officer at the scene said. "A blast hit the bus carrying workers to the UN office ...At least nine people died," he told Reuters. In recent years al Shabaab has staged several attacks against UN officials in Somalia, most often in the capital Mogadishu, where the UN has been helping a Western-backed government rebuild the country after more than 20 years of war. –Reuters