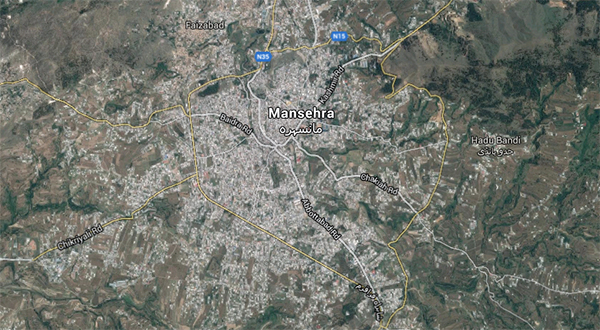 MANSEHRA (92 News) – At least six tourists were killed and two others sustained injuries as their vehicle fell into a ravine due to rain in Ghanool area on Thursday. The area residents along with the police gathered at the spot and participated in the rescue efforts but could only save two tourists while six others died on the spot, who came to visit the area from Multan, Muzaffargarh. The deceased and injured were shifted to Balakot Hospital. Ayaz Hussain, Habib, Shahid Hussain, Adeel Hasim and Altaf Ahmad were residents of Muzaffargarh who died on the spot while, Atif and Mazhar Hussain sustained severe injuries.