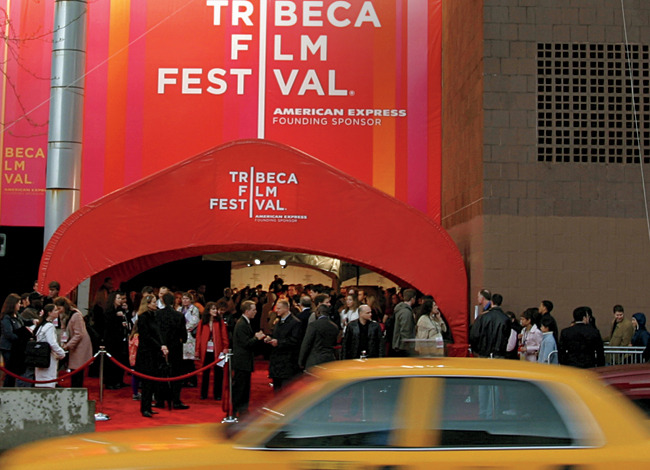 NEW YORK - From a crime thriller based on a memoir to a zombie drama set in small-town America or peeks into the lives of a ballerina and a singer, the 2015 Tribeca Film Festival is showcasing a varied mix of movies along with live dance, music and comedy. Since it started more than a decade ago, the festival has become a showcase for independent and documentary works, as well as a launching pad for new talent and a testing ground for innovative filmmaking. "We had no idea of the particular way it would go," said Robert De Niro, the Oscar winner and co-founder of the festival. "We're happy it has lasted this long, and my hope was always that it would become part of the New York tradition." "Live From New York!", a documentary about the NBC late-night comedy sketch show "Saturday Night Live," kicks off the festival on Wednesday. Nearly 100 feature-length films will be shown before the festival closes with a special screening and cast reunion of the gangster classic "Goodfellas" to mark the film's 25th anniversary. "A Ballerina's Tale," about American Ballet Theatre soloist Misty Copeland will be paired with a special dance performance, and the screening of "Mary J. Blige - The London Sessions" will be followed by a concert by the singer. "The idea is to extend the cinematic experience," said Genna Terranova, the director of the festival. Tribeca will mark the centenary of Frank Sinatra's birth with screenings of three of his films and live performances by Tony Bennett and others. The surviving members of British comedy troupe Monty Python will also reunite for the 40th anniversary of "Monty Python and the Holy Grail." "We want to look forward because we are a festival that is about innovation," said Terranova, "but at the same time look back and are tipping our hats by creating these special events." The festival will feature 67 world film premieres, including "Maggie," with Arnold Schwarzenegger as a farmer whose daughter is infected with a zombie virus, and Oscar winner Patricia Arquette in "The Wannabe." "The Adderall Diaries," a thriller with James Franco and Amber Heard will debut at the festival, and Glenn Close, Sam Waterston and Kristen Stewart head an ensemble cast in "Anesthesia." De Niro, producer Jane Rosenthal and investor Craig Hatkoff started the festival to revitalize the downtown neighborhood following the 2001 attacks on the World Trade Center. - Reuters