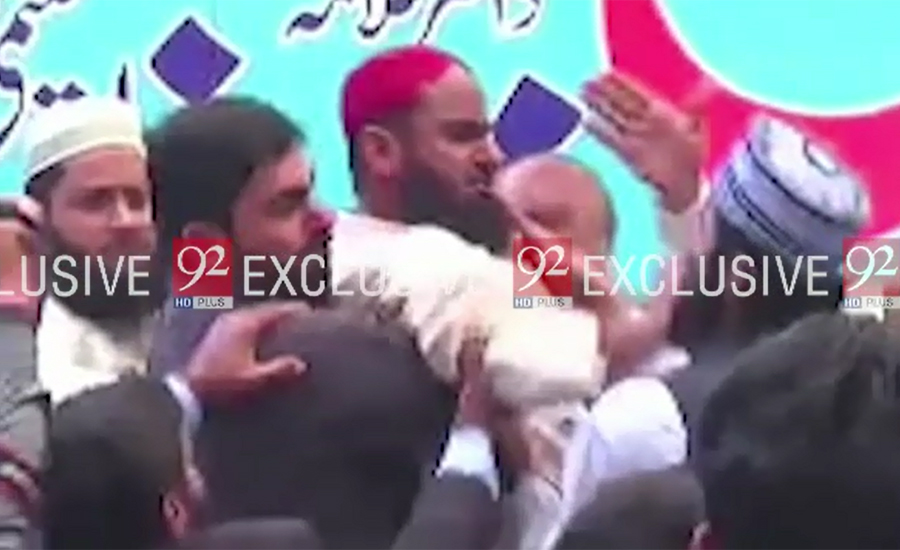 LAHORE (92 News) – The police have included the Anti-Terrorism Act (ATA) sections in the FIR registered against the accused who threw shoe at former prime minister Nawaz Sharif during his visit to Jamia Naeemia. The police submitted the record of the case before the judicial magistrate. The accused Munawar Hussain, Abdul Ghafoor and Sajid have filed a petition for the bail. The counsel for the accused said that their client did not belong to a political party.