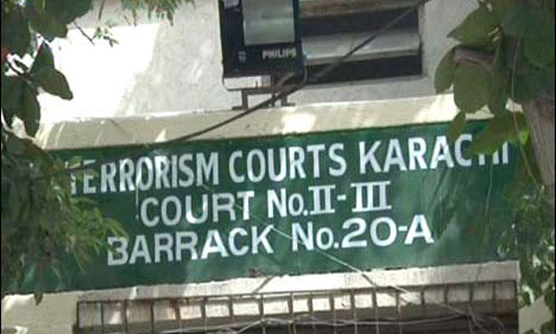 KARACHI (92 News) – The Anti-Terrorism Court has on Tuesday extended bail before arrest of the Muttahida Qaumi Movement senator Syed Tahir Hussain Mashhadi till October 14. The court while extending the MQM leader’s bail also issued show cause notice to investigation officer for failing to present police file in the court. A case was registered against A case was registered against the MQM senator for facilitating MQM chief Altaf Hussain’s speeches in which he made slanderous remarks about the military establishment and other national security agencies in his speech, which hurt his feelings. Talking to media, Tahir Hussain Mashhadi said that society should abide by the law and justice and no one should be allowed to take the law in their hand.