KAMOKE (92 News) – Father of Salahudddin, who was tortured to death by police for ATM theft, has pardoned the Rahim Yar Khan police. Muhammad Afzaal told 92 News that the Punjab government had accepted his two demands, out of total three, which include the pavement of village roads and provision of Sui gas. The agreement was signed in Jamia Masjid, Gorali. 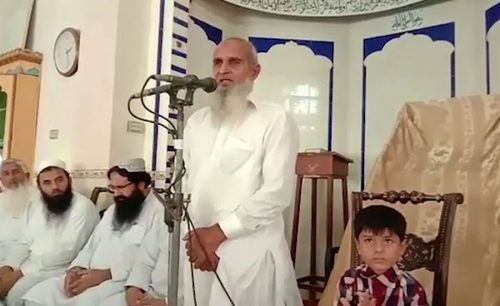 Salahudddin was arrested in Rahim Yar Khan when he was allegedly caught stealing from an ATM machine on Aug 31. Two days later, he was reported dead. According to the police, Ayubi was behaving like a ‘mad man’ in the lockup when he suddenly became unwell. He was unconscious when he was shifted to the emergency ward of Sheikh Zayed Medical College Hospital, where doctors confirmed his death. Ayubi's father Muhammad Afzaal had moved a petition in court seeking that the body be exhumed and a proper autopsy be carried out. He alleged that the police got the postmortem conducted at night in haste by the medical board headed by the Sheikh Zayed Medical College Hospital (SZMCH) medical superintendent without informing the family despite the fact that the address of the petitioner was tattooed on the arm of the deceased. Ayubi's father also said that the family was not allowed to examine his body and a copy of the autopsy report was not provided to him. Afzaal said when he took the body to his village in Gujranwala and during ‘Ghusal’ (bathing) he observed marks of extreme torture. He said many of the injuries that were visible on the body were not recorded in the autopsy report. The magistrate accepted Afzaal’s petition for further postmortem after exhumation of the body and directed the Punjab health secretary to constitute a medical board as per rules and regulations. On court order, his body was exhumed and autopsy re-conducted.