AT&T aims to break from streaming crowd with Time Warner 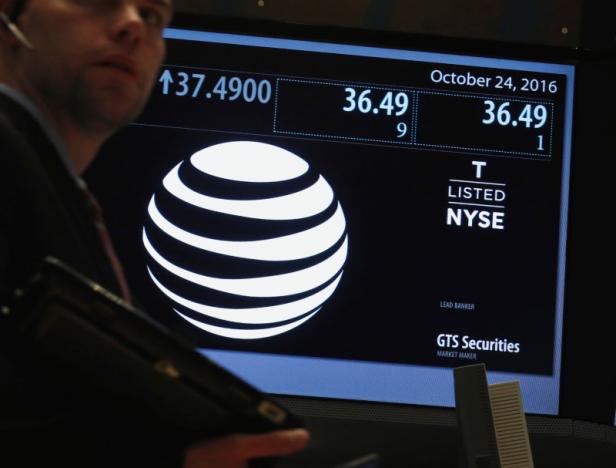 AT&T aims to break from streaming crowd with Time Warner

LOS ANGELES - AT&T is betting its purchase of Time Warner Inc will give the company an edge in winning subscribers for its live internet television package, a new front in media that is about to become crowded by technology players. The DirecTV Now service coming to the market next month will offer the kind of live programming on multiple channels now available primarily through traditional cable providers. The package will be aimed at younger, mobile-loving consumers and others looking for cheaper options. Competition for those viewers, however, will be intense. Dish Network Corp's Sling TV is already on the market, offering about two dozen channels for $20 a month, while Sony Corp's PlayStation Vue sells packages as big as 100-plus channels for $55 a month. DirecTV's price will be in the middle, at $35 a month for more than 100 channels, AT&T Chief Executive Randall Stephenson said on Tuesday. By early next year, Hulu and Alphabet Inc's YouTube and are expected to be offering similar options. Hulu is owned by Walt Disney Co, 21st Century Fox, Comcast Corp and Time Warner. Amazon.com Inc and Apple Inc also are considering those types of offerings, according to media reports. "All of these services ultimately want to get to the same place," said Peter Csathy, CEO of Creatv Media, an investment and advisory firm. "They want to be your destination for all things video, and it's an absolute war." So far, the number of subscribers to these options, known as virtual service providers, represents a small fraction of TV audiences. SNL Kagan estimates that about 1.5 million U.S. households will have subscriptions to a VSP by the end of 2016. That compares to 98.5 million that subscribe to traditional packages through pay-TV providers. But the trend toward live online subscriptions is expected to accelerate, which is why companies are diving in. One of the selling points for online video providers is that it is easy to sign up. Customers can subscribe online rather than waiting for an installer to hook up cable or put a satellite dish on the roof. Online players "are not the cable company," Parks Associates analyst Glenn Hower said. "There are no contracts, you can cancel any time. That seems to resonate in the market." But that also makes it easy for subscribers to drop their service, creating a challenge for companies to keep customers long term, Hower said. AT&T CEO Stephenson, in a conference call with analysts on Monday, called DirecTV Now "the big driver that we're envisioning" from the Time Warner purchase. The aim is to combine Time Warner's programming with AT&T's data to create customizable services that allow sharing with friends and delivery of ads that interest the viewer, executives of both companies said. By owning Time Warner, AT&T will be able to act more quickly to add content and other features to programming from HBO, Warner Bros and Turner's cable networks, Stephenson said. He said he envisioned features not currently offered, including giving users the ability to share clips from shows on messaging or social platforms. "Trying to develop those types of capabilities with the current content providers is proving difficult," he said. With Time Warner programming under the same corporate roof, "we can begin to innovate our content much quicker." Time Warner also could produce some content reserved exclusively for AT&T platforms, Csathy of Creatv Media said. Some Wall Street analysts were skeptical of combining distribution and content. Companies have excelled at one or the other, Cowen and Company analyst Doug Creutz said, but "the odds that one company can succeed at both of these things are very low." "Being mediocre at both is probably a far worse business plan than being great at one or the other," he said. Providing something different will be key to winning customers, Parks Associates analyst Hower said. "Can you price it more competitively than other services? Can you add unique services? Do you have a sleeker interface?” Hower said. With so many companies jumping into online video, "it comes down to who can differentiate themselves,” he said. -Reuters