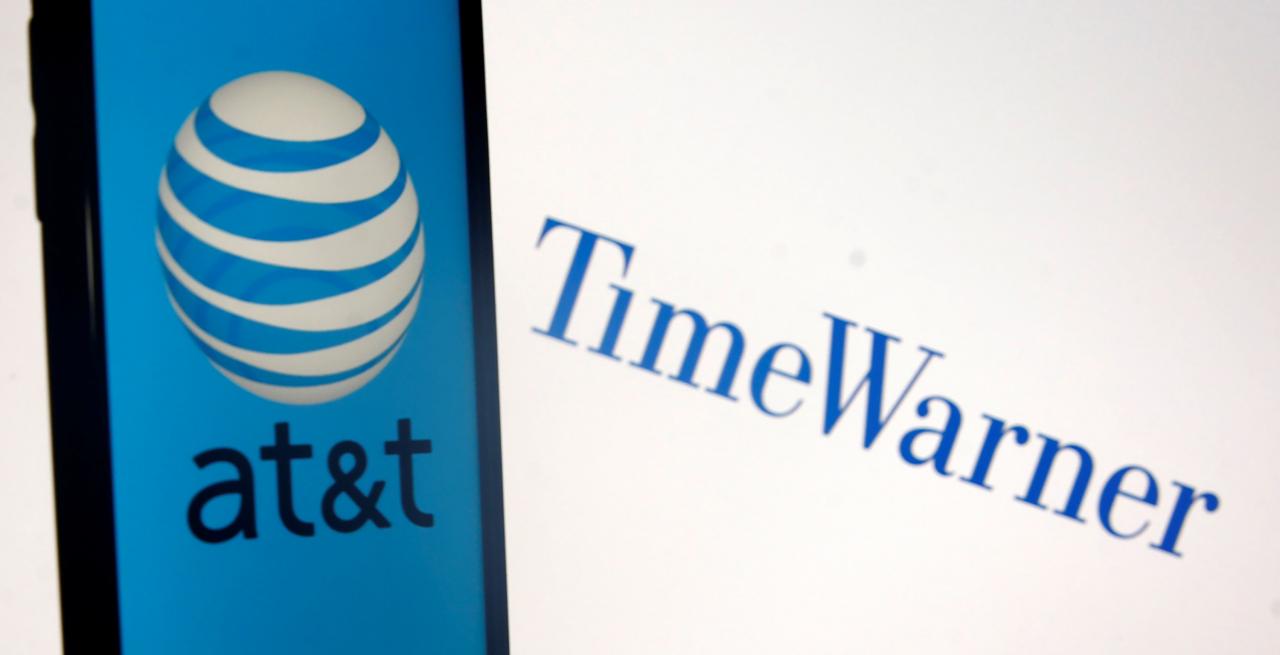 WASHINGTON (Reuters) - AT&T Inc, the No. 2 wireless carrier, closed its $85 billion deal to acquire media company Time Warner Inc after US antitrust regulators indicated they would not seek a delay. The deal, first announced in October 2016, was opposed by President Donald Trump. AT&T was sued by the Justice Department, but won approval from a judge to move forward with the deal on Tuesday following a six-week trial. The Justice Department still has 60 days to appeal the decision by US District Judge Richard Leon, even though the deal has closed. Leon of the US District Court for the District of Columbia ruled on Tuesday that the deal to marry AT&T’s wireless and satellite businesses with Time Warner’s movies and television shows was legal under antitrust law. The Justice Department had argued the deal would harm consumers. US President Donald Trump, a frequent critic of Time Warner’s CNN coverage, denounced the deal when it was announced in October 2016. In its lawsuit aimed at stopping the deal, filed in November 2017, the Justice Department said that AT&T’s ownership of both DirecTV and Time Warner, especially its Turner subsidiary, would give AT&T unfair leverage against rival pay TV providers that relied on content like CNN and HBO’s “Game of Thrones.” The AT&T ruling is expected to trigger a wave of mergers in the media sector, which has been upended by companies like Netflix Inc and Alphabet Inc’s Google. The first to come was Comcast Corp’s $65 billion bid on Wednesday for the entertainment assets of Twenty-First Century Fox Inc. AT&T had been worried about closing its deal ahead of a June 21 deadline if the government won a stay pending an appeal. Any stay could take the deal beyond a June 21 deadline for completing the merger, which could allow Time Warner to walk away or renegotiate the proposed transaction with AT&T. The government may have a difficult time winning on appeal because of the way Judge Leon wrote his opinion, four antitrust experts said. “I don’t think this would be overturned. It is so rooted in the facts that I would be surprised if an appellate court overturned such a fact-laden opinion,” said Michael Carrier, who teaches law at Rutgers. In a scathing opinion , Leon found little to support the government's arguments that the deal would harm consumers, calling the evidence for one argument against the deal "gossamer thin" and another "poppycock." The merger, including debt, would be the fourth largest deal ever attempted in the global telecom, media and entertainment space, according to Thomson Reuters data. It would also be the 12th largest deal in any sector, the data showed.