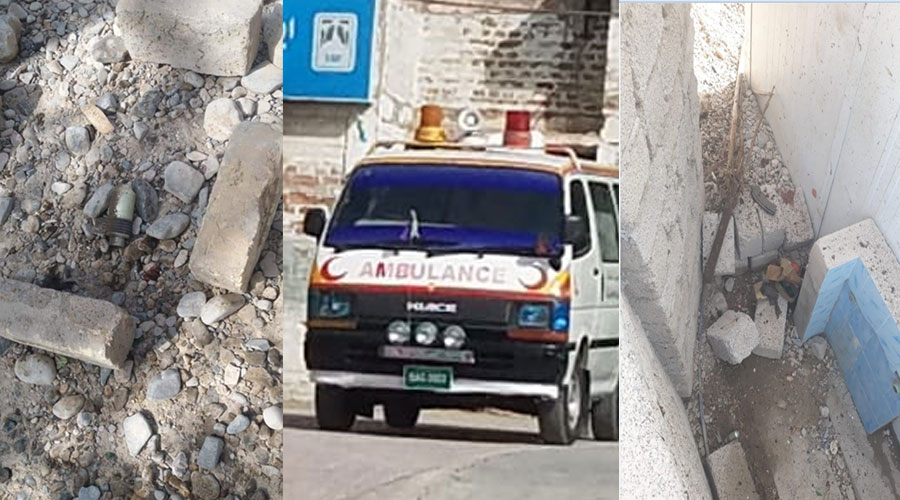 RAWALPINDI (92 News) – Three suicide bombers were killed and a police constable was martyred in an exchange of fire between the terrorists and the security forces in Loralai Police Lines on Wednesday morning.  According to the Inter-Services Public Relations (ISPR), three suicide bombers attempted to target Police Lines Loralai. The unidentified attackers were effectively checked by policemen at the entry gate and one of the attackers was killed by police guard. However, two others managed to enter on the premises of the police Lines. The personnel of Frontier Constabulary (FC) and Quick Response Force (QRF) immediately reached the site to confront the attackers. The security forces cordoned off the area. An exchange fire happened between two sides. A suicide bomber blew himself up himself while the other was gunned down by security forces. In a press release, the ISPR spokesman said Head Constable Allah Nawaz embraced martyrdom while two constables suffered injuries during clash. The Police Lines compound had been cleared by the security forces, the spokesman further said. Earlier after the attack, the security forces surrounded the area and started an operation against the terrorists. All routes leading up to the police lines were blocked. It was also reported that an explosion also heard in the police compound. Security has been beefed up around the area and heavy contingents of police and other law enforcement agencies were called to the scene. Departmental exams were scheduled to take place at the Loralai Police Lines today and many young aspiring officers were to take the exams. https://www.youtube.com/watch?v=A7Ci3IDTogw