Attacker in Japan stabs, kills 19 in their sleep at disabled center 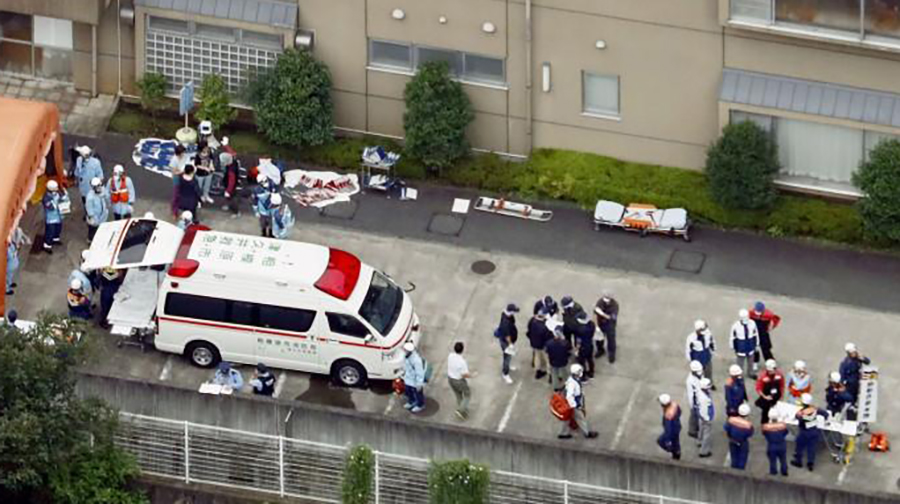 Attacker in Japan stabs, kills 19 in their sleep at disabled center

SAGAMIHARA, JAPAN – A knife-wielding man stabbed and killed 19 people as they slept at a facility for the disabled in a town near Tokyo early on Tuesday, a senior government official said, Japan's worst mass killing in decades. At least 25 other residents of the facility were wounded in the attack. "This is a very heart-wrenching and shocking incident in which many innocent people became victims," Chief Cabinet Secretary Yoshihide Suga told a scheduled news conference in Tokyo. 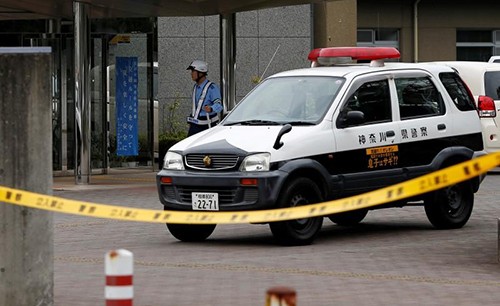 Police have arrested Satoshi Uematsu, 26, a former employee at the facility in Sagamihara town in Kanagawa Prefecture, about 25 miles (40 km) southwest of Tokyo, a Kanagawa official said. At least one media report said Uematsu had called for euthanasia of the severely disabled. Uematsu had turned himself in, the Kanagawa prefecture official, identified only by his surname of Sakuma, told an earlier news conference carried on public broadcaster NHK. Another 25 people were wounded, 20 of them seriously, Sakuma said. Kyodo news agency said the dead ranged in age from 19 to 70 and included nine males and 10 females. Earlier media reports had said as many as 45 people had been wounded. Staff called police at 2.30 a.m. local time (1730 GMT Monday) with reports of a man armed with a knife on the grounds of the Tsukui Yamayuri-En facility, media reported. The man wore a black T-shirt and trousers, reports said. 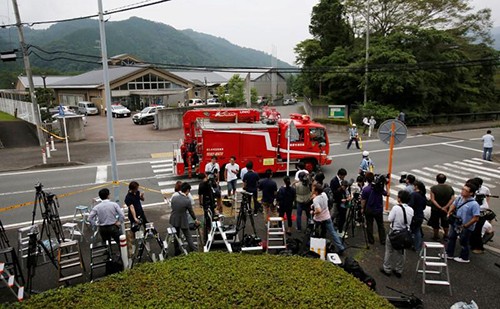 The 3-hectare (7.6 acre) facility, established by the local government and nestled on the wooded bank of the Sagami River, cares for people with a wide range of disabilities, NHK said, quoting an unidentified employee. Residents of the small town of Sagamihara said the last murder in the area was 10 years ago. A woman who said she used to work at the facility said many patients were profoundly disabled. "They are truly innocent people. What did they do? This is shocking," she told Japanese television station TBS. BAG OF KNIVES Police had recovered a bag with several knives, at least one stained with blood, the Kanagawa prefecture official said. Police said they were still investigating possible motives. Asahi Shimbun reported that the suspect was quoted by police as saying: "I want to get rid of the disabled from this world." Other reports said he had held a grudge after being fired from his job at the facility. Broadcaster NTV reported that the arrested man presented a letter to the speaker of the lower house of Japan's parliament in February calling for euthanasia of disabled people. "My goal is a world in which, in cases where it is difficult for the severely disabled to live at home and be socially active, they can be euthanized with the consent of their guardians," it quoted the letter as saying. At least 29 emergency squads responded to the attack, Kyodo reported, with those wounded taken to at least six hospitals in the western Tokyo area. NHK reported that the facility is usually locked at night but the suspect broke into the building by smashing a window. The facility's website said the center had a maximum capacity of 160 people, including staff. Such mass killings are extremely rare in Japan and typically involve stabbings. Japan has strict gun laws and possession of firearms by the public is rare. 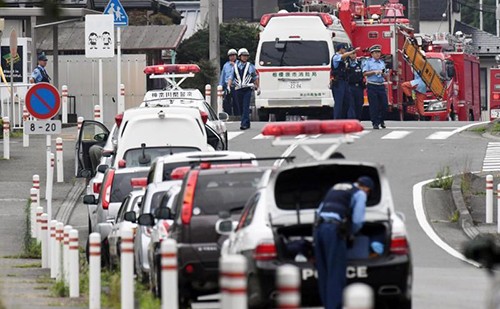 Eight children were stabbed to death at their school in Osaka by a former janitor in 2001. Seven people died in 2008 when a man drove a truck into a crowd and began stabbing people in Tokyo's popular electronics and "anime" district of Akihabara. A revision to Japan's Swords and Firearms Control Law was introduced in 2009 in the wake of that attack, banning the possession of double-edged knives and further tightening gun-ownership rules. Members of a doomsday cult killed 12 people and made thousands ill in 1995 in simultaneous attacks with sarin nerve gas on five Tokyo rush-hour subway trains.