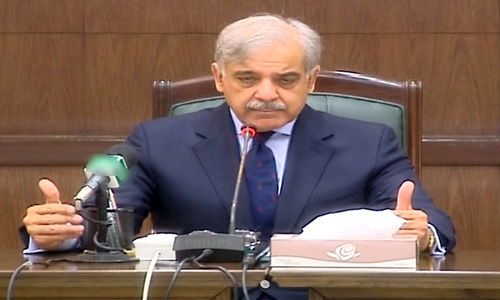 LAHORE (92 News) – Chief Minister Nawaz Sharif has said that as many as 50,000 Pakistanis have embraced martyrdom in the war against terrorism. Talking to Christian leaders in Lahore on Wednesday, he said that the Christian community has been playing a constructive role since the inception of Pakistan. Expressing sorrow over the Youhanabad tragedy, he said that attacks on churches and Peshawar Army Public School were an attempt to divide the nation and they will not let it happen. The chief minister regretted that the sabotage activities should have not happened. “Terrorism has neither come overnight nor will it depart overnight. It is a big cancer. We are striving to eliminate it,” he said. The chief minister also observed a one-minute silence to express solidarity with the Christian community.