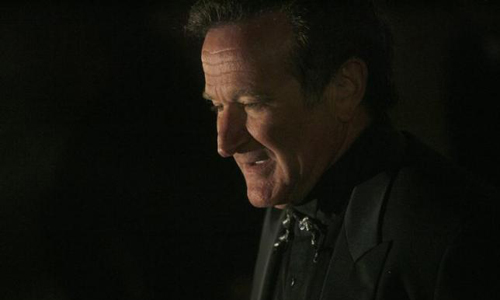 SAN FRANCISCO - A probate judge on Monday instructed attorneys for the estate and heirs of Robin Williams to take eight weeks to work out disputes over property and money between the three adult children of the late comedian and his widow. Susan Schneider Williams seeks items like the tuxedo her husband wore to their 2011 wedding and art and furniture from their home in Tiburon, California, where Williams committed suicide in August 2014. There is also a dispute over allowances to maintain that home, where she still lives. Her attorney, James Wagstaffe, asked Judge Andrew Y.S. Cheng in San Francisco Superior Court to postpone the disposition of Williams's will for at least two more months, while a trustee for his estate and an attorney for his children lamented the will had gone to probate court. "We're amicable and no one is raising their voices. Wagstaffe told the judge. "It's just that there are 1,200 items on a long spreadsheet which we saw in final form only last week." The hearing dealt with a petition that Schneider Williams, the comedian's third wife, filed in December saying some property was removed from the house without her permission. "Robin Williams didn't mean for the house to be gutted, furniture removed and art taken off the walls," Wagstaffe told Reuters outside court. "This is a normal process and there's nothing unusual about this. If the estate is a lake, what Susan is seeking is a bucket." Daughter Zelda Williams stressed in a Tumblr post later Monday that she and brothers Zachary and Cody had not visited the home since their father's death or removed anything from it. One of the trustees for the estate, attorney Andrew A. Bassak, told the judge that Robin Williams made decisions to establish trusts for his heirs and never meant for a list of possessions to be at issue in public. "There is no legitimate reason for the administration of this estate to be before this court," Bassak told the judge. The attorney for Williams's children agreed with the trustee. "This has dragged on so long," Meredith Bushnell told the judge. "It's been eight long months since his passing. We'd like to see this wrapped up as soon as possible." The probate judge called on the parties to convene to solve their remaining issues, through a private mediator if informal talks fail, and meet again in court on June 1. - REUTERS