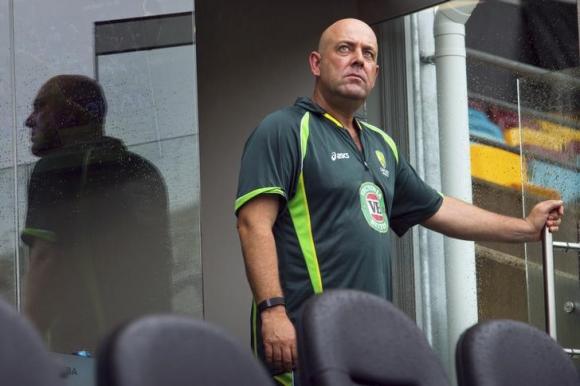 MELBOURNE – Australia coach Darren Lehmann believes the Sydney Cricket Ground pitch will produce a high-scoring World Cup semi-final against India on Thursday. "I think the Sydney pitch will be very similar to the one we used in the game against Sri Lanka more than a fortnight ago when almost 700 runs were scored, so I think this will be another high-scoring affair," Lehmann wrote in a column on Cricket Australia's website on Tuesday. Australia won the March 8 pool game against Sri Lanka convincingly, setting a mammoth 376-9 for their opponents to chase before bowling them out in a 64-run victory. The SCG has traditionally offered something for spinners, but paceman Josh Hazlewood said the pitch served up for Australia's match against Sri Lanka had offered little variation either way. Lehmann called on local fans to come out in force and be in full voice to ensure Australia's players felt the support. "Hopefully the SCG is packed with gold as all the Australian venues have been throughout our campaign, and we get a huge lift by seeing so many fans getting behind us. But from what I've seen at other games in this World Cup, I suspect there will be a very loud and proud Indian turn-out at Thursday's game so I urge you all to bring your flags, wave them hard and often and provide some really visible and vocal home town support. "Now it's a matter of who plays well on the day. India are really starting to gain some confidence on the back of some good performances since the tournament began, and that fact that we know them inside out -- just as they do us -- adds an extra element to what already looms as an enthralling contest." The winner of Thursday's semi-final will battle either South Africa or co-hosts New Zealand in Sunday's final at the Melbourne Cricket Ground.