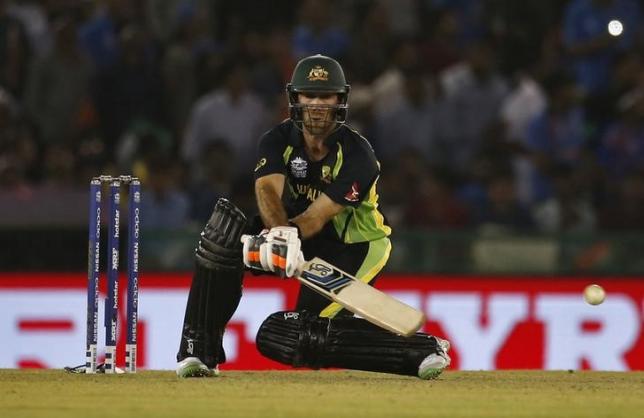 COLOMBO - Australia have dropped out-of-form limited overs specialist Glenn Maxwell from the squad for the one-day international series in Sri Lanka next month, the country's cricket board announced on Sunday. Nicknamed "Big Show", the 27-year-old all-rounder made 46 not out help Australia reach the final of last month's tri-series in West Indies but could only muster a combined tally of seven runs in three others innings in the tournament. "We know Glenn can be a match-winner for Australia but his current form doesn't warrant selection," national selector Rod Marsh said in a statement. "He is averaging less than 10 runs in Australia's last 10 one-day internationals so the numbers speak for themselves. "We've asked Glenn to go away and focus on consistent performances for Victoria and Australia A to earn his way back into the Australian side." An explosive batsman and a handy off-spinner who is equally adept as a fielder, Maxwell conceded that his game needed to improve. "It is hard," he told the Cricket Australia website. "I'm going to be watching on TV and seeing Australia play in coloured clothing and I'm not going to be there, but it's one of those things where it'll probably only drive me to train harder and make sure I'm there for the next tour." New South Wales all-rounder Moises Henriques joins the squad, while batsman Shaun Marsh returns following the birth of his first child. Australia, who are trailing 1-0 in the ongoing three-test series against Sri Lanka, will play five one-day internationals against the South Asians beginning on Aug. 21 in Colombo. Australia ODI squad: Steve Smith (captain), David Warner, George Bailey, Nathan Coulter-Nile, James Faulkner, Aaron Finch, Josh Hazlewood, Moises Henriques, Usman Khawaja, Nathan Lyon, Mitchell Marsh, Shaun Marsh, Mitchell Starc, Matthew Wade, Adam Zampa -Reuters