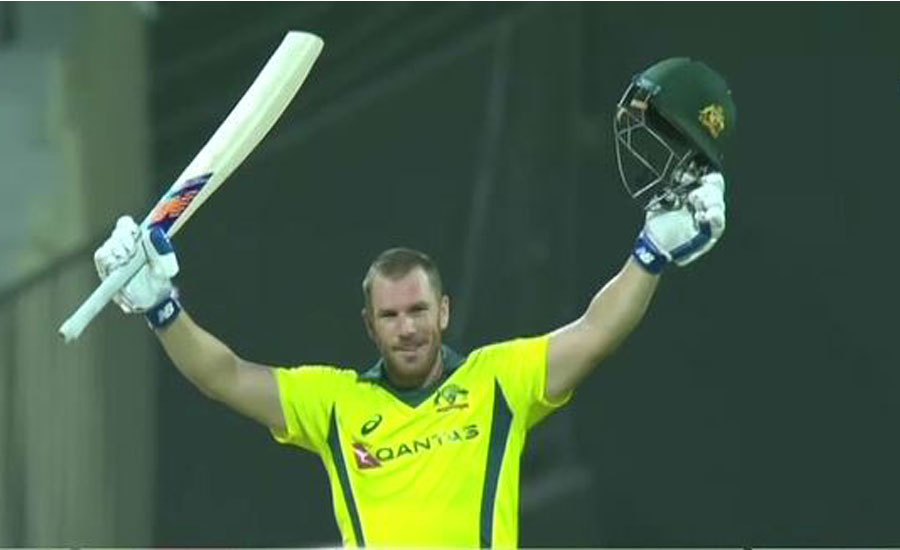 SHARJAH Reuters) - A record opening stand by centurion Aaron Finch and Usman Khawaja fired Australia to an eight-wicket win over Pakistan in the second one-day international in Sharjah on Sunday but the victory was soured by an injury to seamer Jhye Richardson.

Finch, who hit 116 in the first game, posted a career-best unbeaten 153, including 11 boundaries and six sixes, while Khawaja missed out on his third century of the month, scoring a patient 88 off 109 as Australia took a 2-0 series lead.

Finch and Khawaja put on 209, a record opening stand for Australia while chasing in ODIs, bettering Mark Waugh and Adam Gilchrist’s 206 against West Indies in 2001.

While resurgent Australia celebrated a fifth successive win in the format as they continued to build confidence ahead of their World Cup defence in England, it was a bleak day for young paceman Richardson.

The 22-year-old, considered a certainty for Australia’s World Cup squad, completed only half his quota of overs before he was forced off the field, having dislocated his bowling shoulder when trying to save a boundary.

He had taken two early wickets but sat out the match with his arm in a sling and was to be sent home immediately for scans, the team said.

Khawaja said the bowler’s shoulder went “back in pretty easily” which was “always a good sign”.

But spinner Nathan Lyon said he was “obviously pretty shattered. The way he’s been performing has been pretty impressive. Fingers crossed he can be fit for the World Cup and be in the selection (mix) there.”

Paceman Pat Cummins, who was rested for the first two ODIs, may be recalled for the third of the five-match series in Abu Dhabi on Wednesday in Richardson’s absence.

With Finch and Khawaja firing, selectors have a better World Cup headache to manage after David Warner, nearing the end of his international ban for ball-tampering, hit 85 off 53 balls on his return to the Indian Premier League on Sunday.

Finch also stepped up to bowl in Richardson’s place and picked up his third ODI wicket when he had Haris Sohail caught behind for 34. Umar Akmal (16) also departed cheaply when he holed out to Peter Handscomb in the deep trying to attack Lyon.

Rizwan, who was promoted up the order, steadied the innings with Malik (60) as they notched up a 127-run fourth wicket partnership until Adam Zampa had Malik caught at long on.

Rizwan departed for 115 in the 47th over when he tried to accelerate the innings, caught at the long-on boundary off Nathan Coulter-Nile by a back-tracking Glenn Maxwell, who had to throw the ball back in to avoid stepping outside the rope.