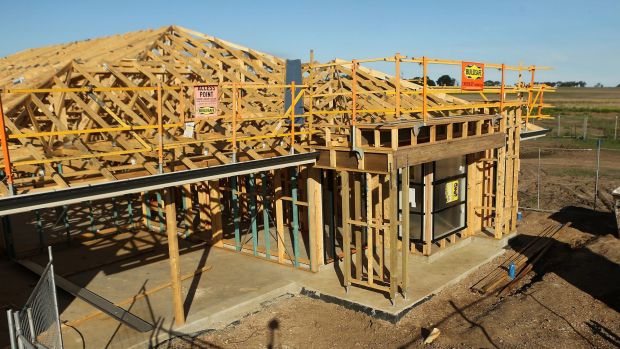 SYDNEY (Reuters) - Australian business investment hit its highest in over a year last quarter while approvals to build new homes climbed to the strongest in eight months, promising omens for a pick up in broader economic activity.

Investment grew a seasonally adjusted 1 percent in July-September to A$29.4 billion (£16.6 billion), data from the Australian Bureau of Statistics (ABS) showed on Thursday. That was the third straight quarter of gains and the best performance since mid-2016.

Spending on equipment, plant and machinery rose 0.7 percent and should have added modestly to economic growth in the third quarter, with investment outside mining and manufacturing hitting fresh record highs.

Figures due next week are likely to show Australia’s A$1.7 trillion gross domestic product (GDP) expanded by anywhere from 0.5 percent to 0.8 percent in the third quarter.

The data gave a boost to the local dollar which was last up 0.3 percent at $0.7590 AUD=D4, snapping four straight sessions of losses.

AMP Capital economist Diana Mousina estimated that non-mining investment would climb about 12 percent over the year, a big improvement from 2 percent rise in 2016/17. Mining investment, on the other hand, is seen falling about 20 percent.

“Total business investment growth will likely be close to flat in 2017/18,” Mousina added.

“That is a better outcome than three months ago that indicated a small fall in total investment and it would be the best outcome for total business investment for several years.”

Latest estimates for business investment in the year to June 2018 were also revised up further to A$108.9 billion, from a previous A$103.1 billion, topping most analysts forecasts.

Spending plans for sectors including utilities, construction and retail trade, were all running at record highs.

The Reserve Bank of Australia (RBA) has long been counting on a wider revival in investment to fill the hole left by a downturn in mining, and has recently sounded more optimistic that the tide is turning.

“But more firms are reporting that economic conditions have improved and more are now prepared to take a risk and invest in new assets. This is good news for the economy.”

A four-year-old boom in home building has already done much to support the economy and data out Thursday suggested it had further to run.

Approvals to build new homes increased 0.9 percent in October, when analysts had looked for a fall of around 1.8 percent. Approvals were a lofty 18.4 percent higher than in October last year, with apartments up over 37 percent.

That would come as a surprise to analysts and policy makers who had assumed residential construction would slow steadily in coming months.