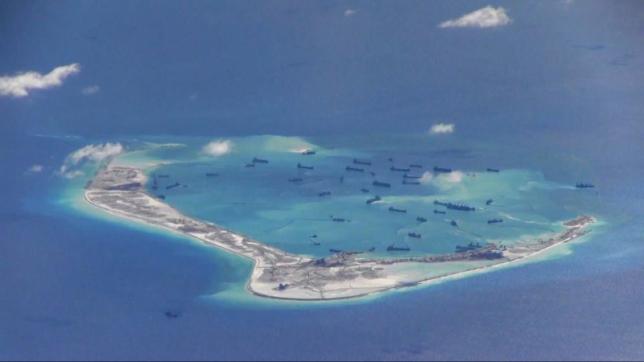 SYDNEY - Australian Prime Minister Malcolm Turnbull on Wednesday called China's military deployments on the South China Sea "counterproductive", an unusually forceful rebuke against the country's biggest trading partner. Australia has consistently supported US-led freedom of navigation activities in the South China Sea, where Beijing has been adding reclamation to islands and reefs in waters claimed by several regional countries. The United States has accused China of raising tensions in the South China Sea by its apparent deployment of surface-to-air missiles on a disputed island, a move China has neither confirmed nor denied. "They are ... counterproductive, regardless of the legal merits, on which we do not express a view nor make a claim," Turnbull said in a speech in Sydney, referring to China's military deployments. Turnbull is expected to visit China next month. The Chinese government last month expressed its displeasure with Australia's new defence spending plan. China has repeatedly accused the United States of militarising the South China Sea with its freedom of navigation patrols in the region, and boosting of military alliances with countries like the Philippines. In February, Chinese Foreign Minister Wang Yi said his country's South China Sea military deployments were no different from US deployments on Hawaii. Tensions between China and its neighbours Vietnam, Malaysia, Brunei, the Philippines and Taiwan over sovereignty in the South China Sea have risen after China embarked on significant reclamations on disputed islands and reefs in the area. China claims most of the South China Sea, through which more than $5 trillion in global trade passes every year. -Reuters