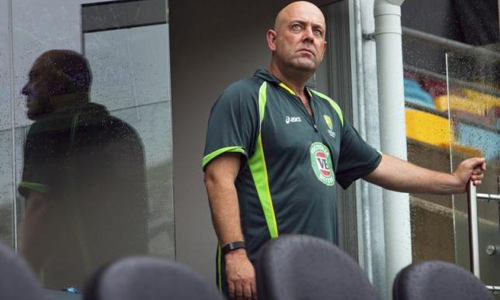 MELBOURNE – Australia cricket coach Darren Lehmann has defended wicketkeeper Brad Haddin and the team's vocal aggression during their World Cup final win over New Zealand. Haddin and his team mates have come under fire for their send-offs of New Zealand's batsmen at the Melbourne Cricket Ground on Sunday, though no action was taken by the match referee and 'Black Caps' skipper Brendon McCullum played it down in his post-match media conference. Haddin compounded anger in New Zealand by saying they had got what they deserved after being "too nice" during their pool phase clash in Auckland, which Australia lost. “He’s copped a bit (of criticism), hasn’t he?” Lehmann told Adelaide radio station 5AA. We like to play our game, no one got reported out of the game, so we must have played it fair. "It was a little bit disappointing, but people are entitled to their opinions and you’re going to have good and bad times. "You accept that and you move on. “We’re happy with the way we played, obviously. We knew we wanted to be really aggressive against them. And look, sometimes it works, sometimes it doesn’t." Australia's seven-wicket win sealed their fifth World Cup and fourth from the last five tournaments. –Reuters