Australia coach Postecoglou to decide on World Cup this week 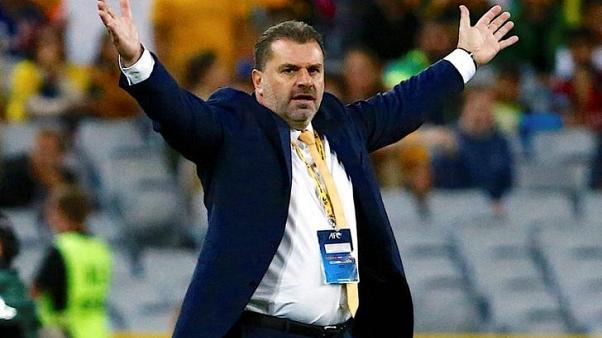 Australia coach Postecoglou to decide on World Cup this week

SYDNEY (Reuters) - Australia coach Ange Postecoglou said on Sunday he was “not locked into a position” on his future in the job but will decide this week whether to resign or take the Socceroos to next year’s World Cup in Russia.

The 52-year-old oversaw Australia’s qualification for a fourth straight appearance at the World Cup with a 3-1 aggregate victory over Honduras in a playoff on Wednesday.

Postecoglou, who led Australia to Brazil in 2014 and to their maiden Asian Cup triumph the following year, has declined several times to confirm whether he would stay on after the playoff.

“You don’t want to be continually asking and I’ve tried to be as honest as I can with people to say it will all be decided after this game,” he said on ABC on Sunday.

“That wasn’t me trying to string people along, it will, it’s going to happen quickly, we’ll have those discussions this week.”

After Wednesday’s match, Postecoglou hinted that the impact of the job on his family and friends was behind his thoughts of stepping down.

On Sunday, he said some of the “compelling” reasons were private and some professional, although he denied his relationship with Football Federation Australia chiefs had broken down.

“And what’s going to be good for the team is also a consideration,” he added.

“So all those things will be discussed this week and like I said, there will be a quick resolution.” Australia will find out their first-round group opponents when the draw for the tournament takes place in Moscow on Dec. 1.