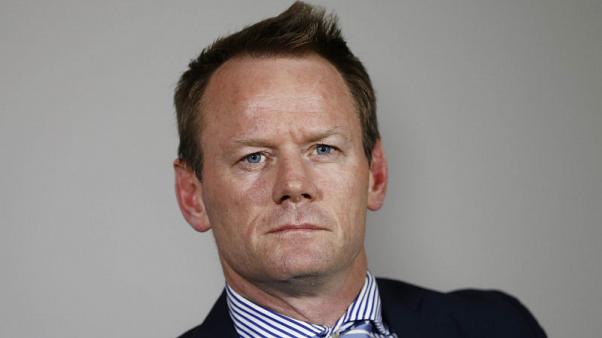 MELBOURNE (Reuters) - Cricket Australia announced on Wednesday that high performance chief Pat Howard will leave his role next week as the fallout from a scathing cultural review into the governing body continues. Howard, who has been in the role since 2011, had intended to stay until the Ashes tour of England next year, CA announced last month, a week before releasing the Longstaff review. However, he becomes the latest executive to fall in the wake of the Longstaff review, which CA commissioned after the ball-tampering scandal in Cape Town in March. “While Pat Howard has previously made clear his intentions not to renew his contract next year, it has been decided to bring forward his departure which will take effect next week after a handover,” CA said in a statement. “Belinda Clark ... has agreed to take on the role of Interim EGM, Team Performance until Pat’s permanent replacement is announced in the new year. “Kieran McMillan will step into the Interim EGM, Community Cricket role until such time that Belinda returns to her post.” CA said broadcasting executive Ben Amarfio had left the business on Wednesday, with Stephanie Beltrame stepping into a new role as Interim EGM Broadcasting and Commercial. The executive changes come on the heels of Chairman David Peever’s decision to quit on Thursday after his position became untenable while long-serving board director Mark Taylor, the former Australia captain, announced his resignation on Monday. The Longstaff review criticised CA for fostering a “winning without counting the cost” culture and blamed the governing body in part for the ball-tampering crisis, which led to the suspensions of former captain Steve Smith and two other players. Australia has struggled to recover from the crisis, with its men’s teams losing a test series to Pakistan in the United Arab Emirates and being whitewashed 5-0 by England in a one-day international series. Aaron Finch’s Australia were thrashed by six wickets by South Africa in Perth on Sunday in the first match of a three-ODI series, which was also the first international match of the Australian summer.