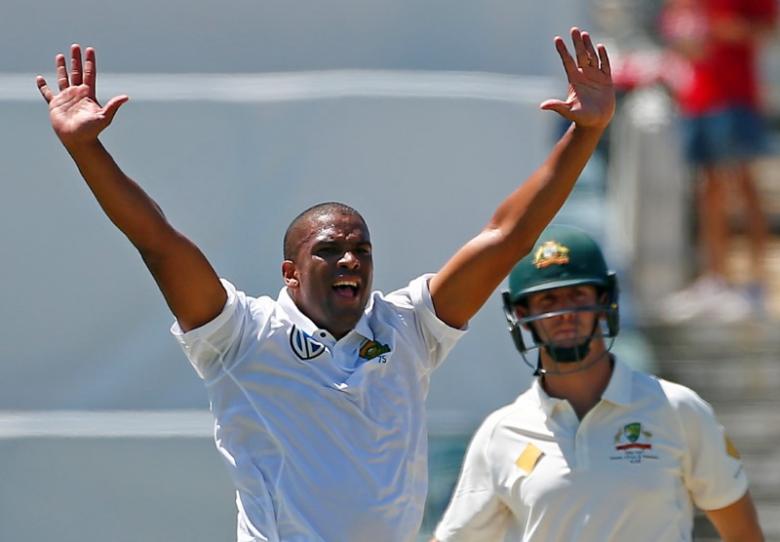 MELBOURNE – Australia will not be taking their collective foot off the gas in Friday's third one-day international against New Zealand in Melbourne, despite it being a dead rubber, according to all-rounder Mitchell Marsh. Marsh clubbed an impressive 76 not out from 40 balls in the second game in Canberra on Tuesday as Steve Smith's side scored 378 for five. They then dismissed New Zealand for 262 in 47.2 overs to take a 2-0 lead in the three-match series. "We're representing our country in the series and we want to win 3-0," said Marsh, who was part of the side swept 5-0 in South Africa and knows the dent in confidence that can bring. Despite his own return to form in Canberra, Marsh felt that would not be enough to earn a recall for the test series against Pakistan. "I'm not in a rush to get back in the test side," said the 25-year-old, who was dropped from the side after scoring 0 and 26 in the first test match against South Africa in Perth last month. "But I know that I've got to score runs to get back, so that's all I want to do." The innings at Manuka Oval showcased how dangerous he could be as he belted seven sixes, including three in the final over from Matt Henry, and he felt an aggressive approach may help him in future. "When you're not scoring runs, you tend to try play with things in the nets to try and make something work," he said. "I think in red ball cricket, over the last couple of years, I probably haven't played my natural game. "For me, I'm a hitter of the cricket ball. Probably over the next few months, I'm just going to bat like that and really back myself. "I might get out a few ugly ways at times but I feel like it's going to give me the best chance to score runs and score big runs." Despite his pessimism about earning a recall for the series against Pakistan, which starts with a day-night test at the Gabba in Brisbane on Dec. 15, he still held out hopes of being named for the tour of India next February. "I've obviously got the (Twenty20) Big Bash but throughout that period, you've got a lot of time to work on your game so I'll certainly be doing that," he said. "Hopefully in the second half of the year when I get a chance in the (Sheffield) Shield, I can perform." –Reuters