Australia leave Starc, Lyon out of T20 squad against India 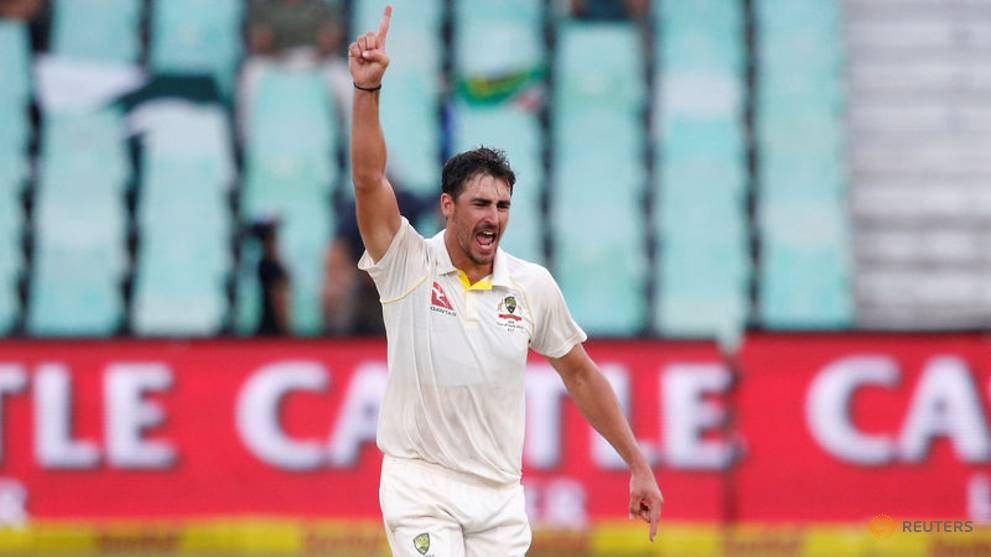 Australia leave Starc, Lyon out of T20 squad against India

MELBOURNE (Reuters) - Australia have left pace spearhead Mitchell Starc, spinner Nathan Lyon and all-rounder Mitchell Marsh out of the 13-man squad for Twenty20 matches against South Africa and India. Veteran paceman Peter Siddle has also been omitted, with selectors keen for the four to prepare for the upcoming test series against India by playing red-ball cricket in the domestic Sheffield Shield. “We know coming off the back of the tour to the UAE, a huge summer at home, and the World Cup and Ashes just around the corner that we have to get the balance right between playing our best T20 team and preparing for the upcoming test series,” coach Justin Langer said in a team release on Thursday. “While I know all four have a desire to be playing cricket for Australia in every format, with a really tough test series against India coming up, we believe their best preparation is to go back and get some really good cricket under their belts in the Sheffield Shield.” Pace bowler Jason Behrendorff will take Starc’s place in an attack featuring Nathan Coulter-Nile and Billy Stanlake, while Marcus Stoinis returns after missing the T20 series against Pakistan in the United Arab Emirates. “Jason Behrendorff has also earned a spot in the squad after returning to full fitness. ... Tactically we believe it’s important to have a good left-arm swing bowler at our disposal for the four matches,” Langer said. “Marcus missed our recent T20 matches in the UAE because he hadn’t resumed bowling, but now he’s back to full fitness he’ll add great depth to the squad.” Aaron Finch’s Australia were whitewashed 3-0 in the T20 series against Pakistan and will be desperate for wins against the Proteas and India to lift the gloom over the nation’s struggles since the Cape Town ball-tampering scandal. Australia have lost test series against South Africa and Pakistan, and suffered defeats in 17 of their last 19 one-day internationals including the six-wicket thrashing by the Proteas in the series-opening ODI in Perth on Sunday. Australia meet South Africa in a one-off T20 match on the Gold Coast on Nov. 17, before three T20s against India starting in Brisbane on Nov. 21. Squad: Aaron Finch (captain), Alex Carey, Ashton Agar, Jason Behrendorff, Nathan Coulter-Nile, Chris Lynn, Glenn Maxwell, Ben McDermott, D’Arcy Short, Billy Stanlake, Marcus Stoinis, Andrew Tye, Adam Zampa.