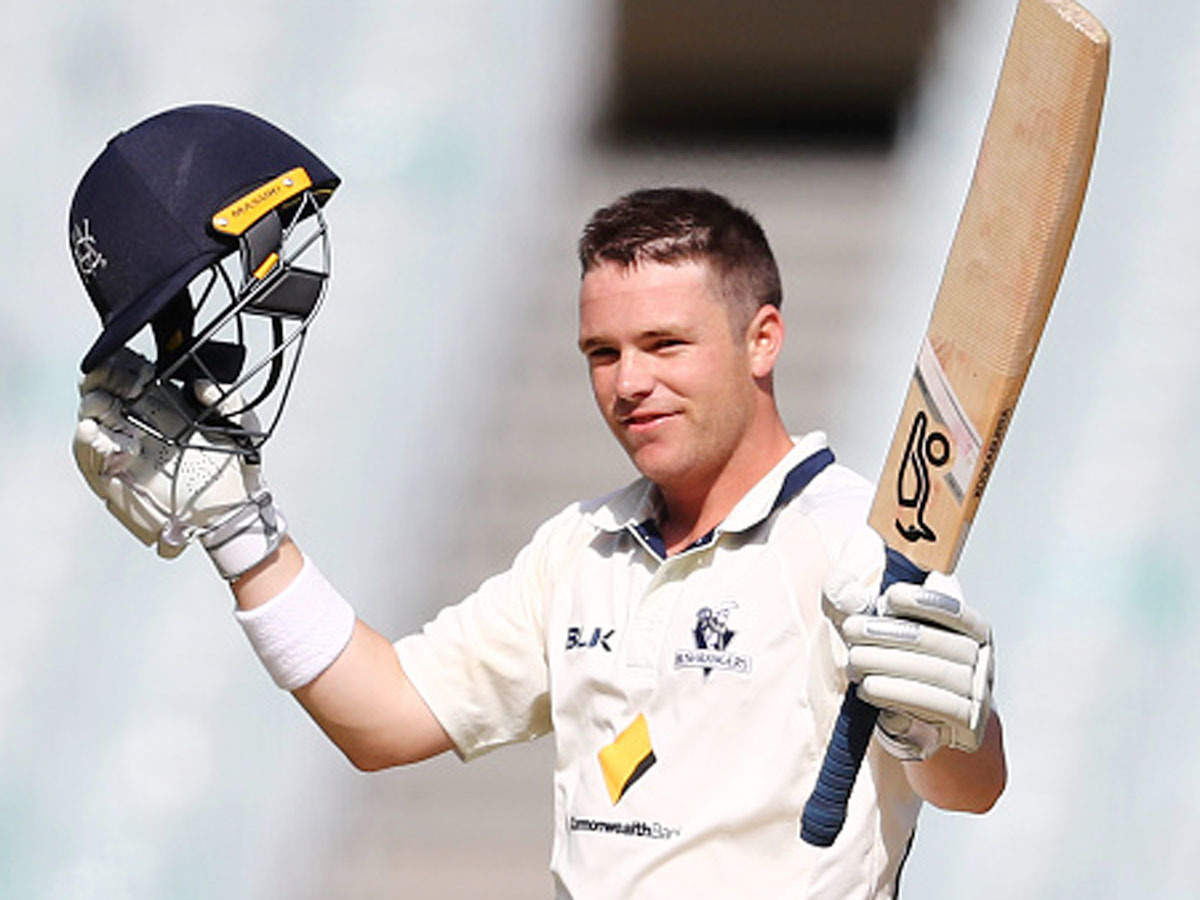 SYDNEY (Reuters) - Australia have named two uncapped players in an inexperienced squad to take on India next month in their first home series since Steve Smith and David Warner were banned for a year following the ball-tampering scandal. Opening batsman Marcus Harris and paceman Chris Tremain were included in the 14-man squad announced on Thursday to take on the top-ranked Indian tourists in the first two tests in the four-match series in Adelaide and Perth. Harris, who hit an unbeaten 250 for Victoria against New South Wales last month, was preferred to Matt Renshaw and looks likely to open the batting with Aaron Finch, who got his first taste of test cricket against Pakistan in October. “Marcus Harris has forced his way into the squad after an impressive start to the Sheffield Shield campaign for Victoria,” head selector Trevor Hohns said in statement. “Not only has he made plenty of runs, he’s displayed the mental application we believe is required to compete at test cricket.” Usman Khawaja has recovered from the operation he underwent after injuring his knee against Pakistan and will bring some welcome experience to the top order of skipper Tim Paine’s side. Shaun Marsh, who has been in fine form with the bat recently, also offers plenty of test match experience, while his all-rounder brother Mitch is one of the team’s vice-captains. Middle order batsman Travis Head also made his debut in the series loss to Pakistan and retains his place in the squad while batsman Peter Handscomb, who was dropped for the Pakistan tests, returns for another chance to cement his spot in the side. Renshaw, South Africa-born batsman Marnus Labuschagne, all-rounder Michael Neser and fast bowlers Jon Holland and Brendan Doggett have all been dropped. As expected, the first choice pace bowling attack of Pat Cummins, Mitchell Starc, Josh Hazlewood remains intact while off-spinner Nathan Lyon’s spot was also guaranteed. Tremain, who earned his place in the squad with three five-wicket hauls for Victoria, and highly experienced quick Peter Siddle are unlikely to get a run unless there is an injury or Australia decide to go with a four-pronged pace attack. “We will select a final team of 12 prior to each test, and the two remaining squad members will be released to get important match time in the Sheffield Shield,” Hohns added. “We believe all players chosen deserve their selection in the squad, and we’re confident given the opportunity all will apply themselves well against India.” Batsman Cameron Bancroft received a nine-month ban for his part in the ball-tampering scandal in South Africa in March and will be eligible to return in January, while Smith and Warner will have to wait until the end of March. The first test against India begins on Dec. 6 with the series concluding in Melbourne and Sydney around the New Year. Squad: Aaron Finch, Marcus Harris, Usman Khawaja, Shaun Marsh, Peter Handscomb, Travis Head, Mitchell Marsh, Tim Paine (captain), Pat Cummins, Mitchell Starc, Josh Hazlewood, Nathan Lyon, Chris Tremain, Peter Siddle.