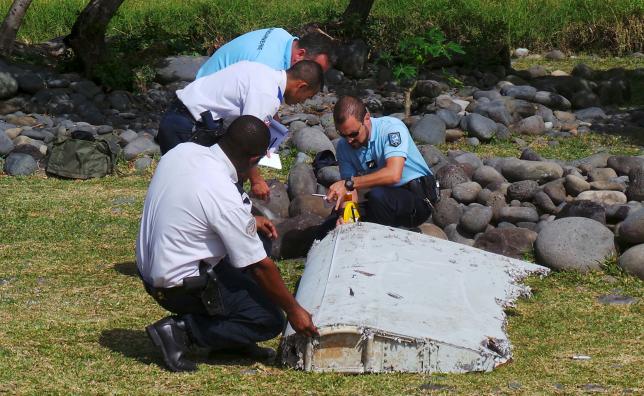 SYDNEY - Initial models of where potential debris from a missing Malaysia Airlines passenger jet might first wash up had incorrectly identified Indonesia as the most likely location, the Australian body leading the search said on Wednesday. Flight MH370 disappeared without a trace in March 2014 with 239 passengers and crew on board and search efforts have focussed on a broad expanse of the southern Indian Ocean off Western Australia. A piece of aircraft debris that washed up on the French island of Reunion last week roughly 3,700 km (2,300 miles) from the expected crash zone was consistent with where the plane went down, based on analysis of ocean currents, winds and waves, Australian officials and independent oceanographers said last week. But the Australian Transport Safety Bureau, which is leading the search, said initial debris drift modelling undertaken in June 2014 had mistakenly indicated that the first possible landfall of debris would be on the west coast of Sumatra, Indonesia, in the first weeks of July 2014. Models run by Australia's Commonwealth Scientific and Industrial Research Organisation in November last year and updated last month found, however, that an Indonesia landfall was highly unlikely. The mistake did not affect the extensive international surface search for the missing plane off the west coast of Australia, ATSB said. That search was called off in April, more than a month after the plane went down. "While this error in that model had no impact on the way the surface search was conducted, it was important in order to understand over the course of time where debris might wash up and help verify or discount the various items found on beaches, particularly on the west coast of Australia," the ATSB said in a statement on Wednesday. Australia has sent an expert to Toulouse, France, to examine the debris - a wing surface known as a flaperon - on Wednesday, Deputy Prime Minister Warren Truss said in a statement. "Work is being undertaken by the Malaysian and French authorities to establish whether the flaperon originated from MH370," Truss said. "Malaysian and French officials may be in a position to make a formal statement about the origin of the flaperon later this week." -Reuters