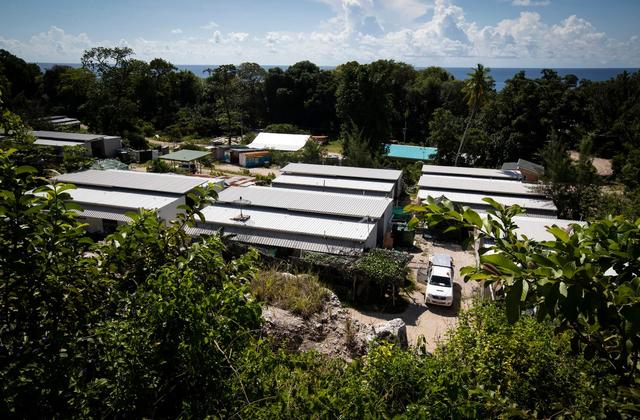 MELBOURNE (Reuters) - The Australian government announced on Sunday that there will soon be no children held in its immigration detention camps on the Pacific island of Nauru. Prime Minister Scott Morrison said in a statement that the final four asylum-seeker children in the Australian-run camps on Nauru had all had their claims to be resettled in the United States processed. “Every asylum-seeker child has now been removed from Nauru or has had their claim processed and has a clear path off the island,” Morrison said, in a joint statement with Immigration Minister David Coleman. Under Australia’s hardline immigration policy, asylum seekers who are intercepted at sea trying to reach the country are sent to camps in Papua New Guinea and Nauru. The rules state that they cannot be resettled in Australia, even if they are found to be refugees, and they are detained until they are accepted by another nation or agree to return home. Australia has stopped publishing data on the number of refugees held in the centers. Local media and refugee advocates estimate close to 1,000 people are currently held. The camps have been widely criticized by the United Nations and human rights groups.