DUBAI (92 News) – Chasing 328, Pakistan got off to the worst possible start when Abid Ali, who made a century on ODI debut in the fourth game of the series, was brought crashing back down to earth, nicking Jason Behrendorff behind first ball. Haris Sohail and Shan Masood pieced together a strong response, taking Pakistan past 100 inside 20 overs without further loss, but having brought up his half-century, Shan was struck in front by Adam Zampa, the leg-spinner striking on his birthday. Mohammad Rizwan came and went for 12, brilliantly caught at mid-off by Nathan Lyon off Glenn Maxwell, but from 136/3 Pakistan came again, and the partnership between Umar Akmal and Haris gave them hope of completing their record ODI chase. 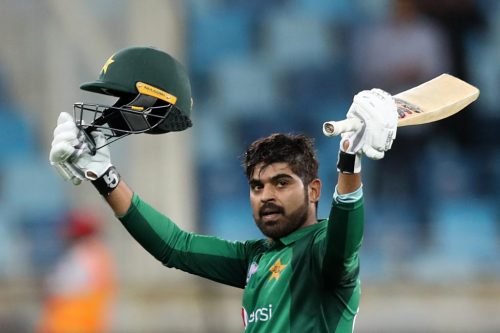 The pair put on a century stand, and with Haris seemingly refocussing after bringing up a brilliant hundred, his second in ODIs, it seemed they might take their side close. But Umar fell for 43, holing out off Lyon to Behrendorff, and four balls later Haris departed too. He attempted to uppercut a short, wide ball from Jhye Richardson, as he had done successfully earlier, but on this occasion was deceived by a lack of pace, and only succeeded in spooning a catch to Lyon at backward point. That twin blow, and a spell of four overs without a boundary, seemed to spell the end of Pakistan’s chances. Saad Ali was tied down and fell trying to throw off the shackles, holing out off Behrendorff to Shaun Marsh. Imad Wasim sparkled and brought up a 34-ball half-century but it was a case of too little too late as Pakistan eventually fell short by 20 runs. Earlier, Australia had racked up the highest total of the series on the back of a dominant top-order performance, with all of Usman Khawaja, Aaron Finch, Marsh, and Glenn Maxwell passing fifty. 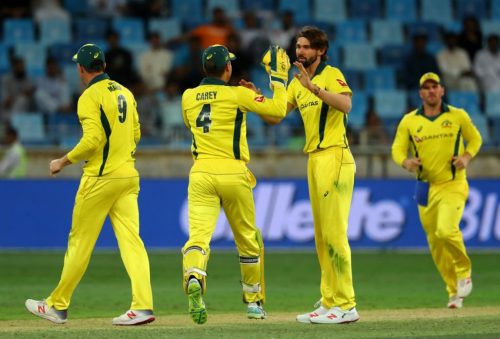 Khawaja and Finch added 134 for the first wicket before Australia’s captain was bowled off his pads by Usman Shinwari. Khawaja and Marsh continued to lay the platform, but the former fell in sight of what would have been his third ODI hundred. Shinwari again was the bowler to strike, Khawaja getting a leading edge and giving a catch to Yasir Shah at midwicket. Maxwell entered with a superb platform beneath him and just over 10 overs to bat, and duly delivered a spectacular 33-ball 70, full of invention and unorthodoxy, and pushed Australia well past 300, and though the wickets started to tumble in the last five overs, none of the new batsmen ate up too many deliveries and the runs continued to flow. They ended up being far too many for Pakistan to chase as Australia secured an eighth win on the bounce and a series whitewash.