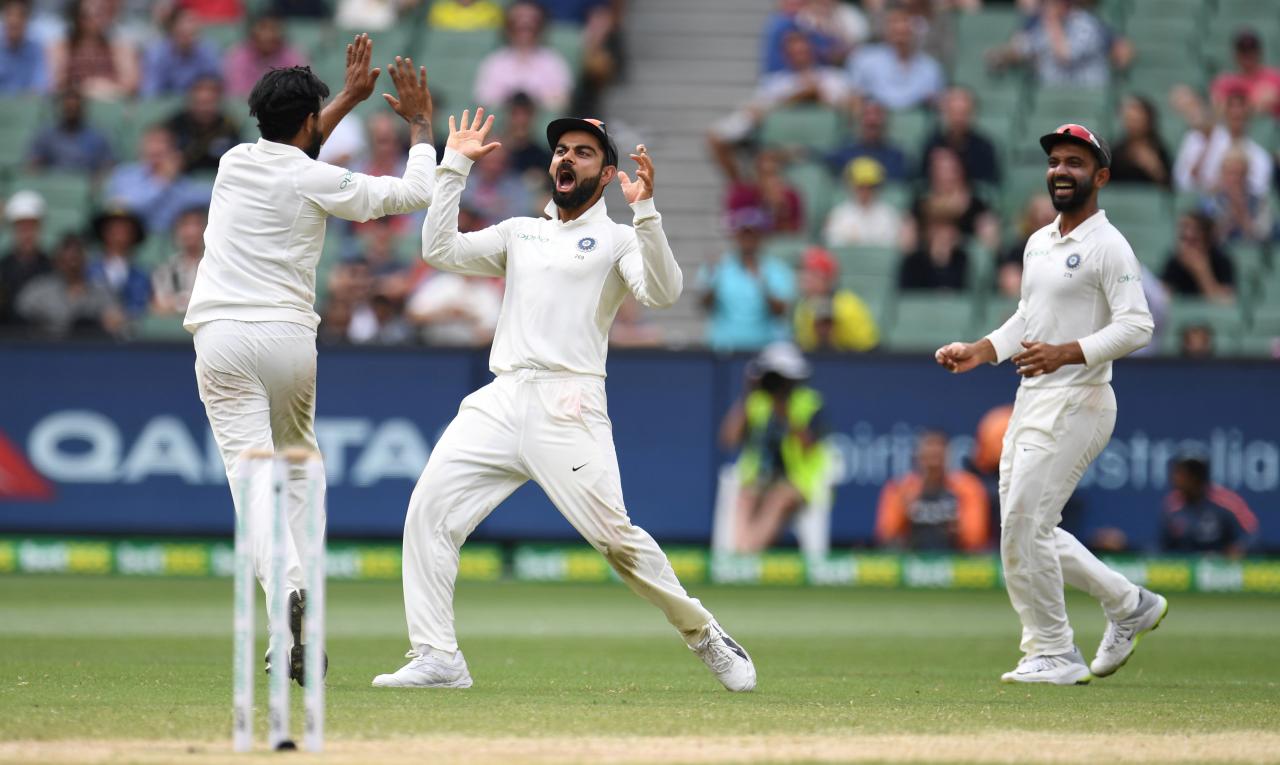 SYDNEY (Reuters) - India lost an early wicket but reached the lunch break on 69 for one as they looked to build a big first innings tally on the first day of the fourth and final test against Australia on Thursday.
Opener Mayank Agarwal was 42 not out at the break with Cheteshwar Pujara having contributed 16 runs to their partnership of 59 after a cloudy but hot morning at the Sydney Cricket Ground. The tourists hold a 2-1 lead after victories in Adelaide and Melbourne and just need to avoid defeat over the next five days to secure a first series victory in Australia. India have never lost in the 21 tests when Virat Kohli has won the toss and the skipper gave his team the best possible start to the day by winning a 22nd before choosing to bat. Australia’s bowlers needed to respond on a wicket boasting a tinge of green and Josh Hazlewood did just that with the third ball of the second over. Opener KL Rahul, dropped after India’s defeat in Perth but recalled for the absent Rohit Sharma, played a defensive shot to a ball that kept straight and it took a nick off the top of his bat to give Shaun Marsh a simple catch in the slips. That brought Pujara, India’s top batsman in this series, out to join Agarwal in the middle and the pair saw out the next hour reasonably comfortably before the Australian pacemen changed tack and started to bowl a bit shorter with more hostility. Left-armer Mitchell Starc particularly targeted Agarwal and the young opener needed treatment on his elbow and then a new helmet after blows from the ball. Pat Cummins thought he had Pujara caught behind in the hour before lunch but when Australia captain Tim Paine called for a review, the technology revealed the ball had caught the batmen’s trouser leg not his bat. Pujara also took a blow to the helmet when he failed to duck a Hazlewood delivery and Agarwal survived an umpire’s review of a stumping appeal just before lunch. Australia made two changes to their team after the heavy defeat in Melbourne with opener Aaron Finch and all-rounder Mitchell Marsh dropped. Usman Khawaja will open in Finch’s place with South African-born Marnus Labuschagne taking his place at number three. Peter Handscomb will slot into the middle order in place of Marsh. India also reshuffled their batting order to accommodate Rahul and left-arm wrist spinner Kuldeep Yadav came in as the second slow bowler in place of injured quick Ishant Sharma, who has a rib problem.