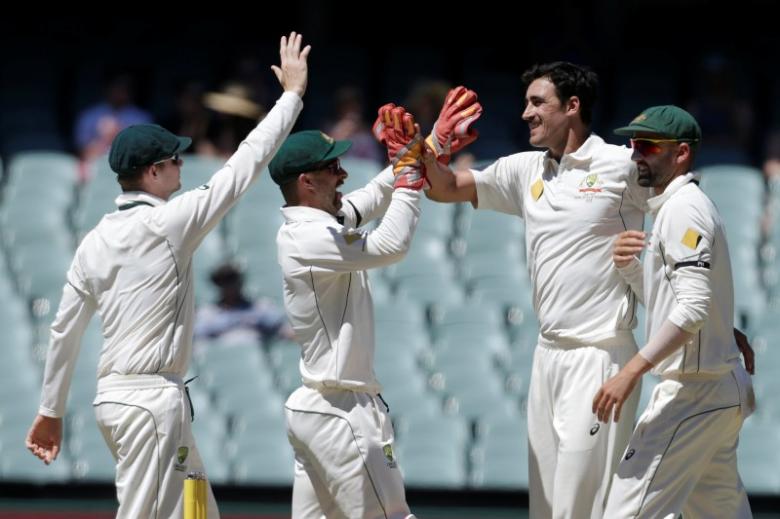 MELBOURNE - Out-of-form Australia batsman Nic Maddinson has been granted a reprieve with his captain Steve Smith confirming his side would be unchanged for the Boxing Day test against Pakistan. Maddinson has scored 0, one and four in his three test innings since making his debut against South Africa in Adelaide and his place in the team had been in question following the decision to call all-rounder Hilton Cartwright into the squad. Smith, however, said Maddinson would play at the Melbourne Cricket Ground on Monday as his fast bowling trio of Josh Hazlewood, Mitchell Starc and Jackson Bird had recovered well after a heavy workload in the first test in Brisbane. "We brought the all-rounder into the squad because the bowlers had a pretty heavy workload but they've pulled up well and they're confident they can get through," Smith told reporters on Sunday. The trio bowled 113 overs in Pakistan's second innings in the first match in Brisbane, where the visitors were dismissed for 450, chasing 490 for victory. Bird had told reporters on Saturday that he thought the trio had managed to shake off any aches and pains since the first test ended and would perform if given the nod. "I think us three quicks and Nathan Lyon have been doing a good job," Bird said. "We've won the last two test matches and I'm not sure why they'd change that." Australia second test team: David Warner, Matthew Renshaw, Usman Khawaja, Steve Smith (captain), Peter Handscomb, Nic Maddinson, Matthew Wade, Mitchell Starc, Josh Hazlewood, Jackson Bird, Nathan Lyon. -Reuters