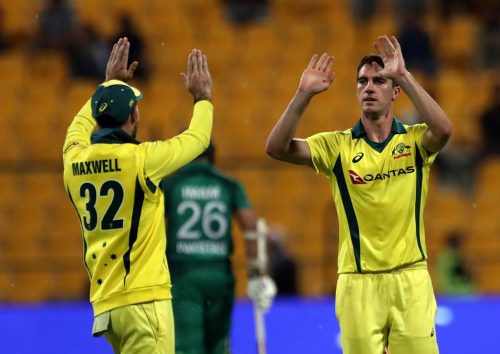 Zampa has a career-best 4 for 43 and Australia have wrapped up a series win - their sixth in a row against Pakistan. Australia were setting today, and their 266 for 6 was built around Finch's 90, with Maxwell's breezy 71 providing the coda. With the pitch juiced up by the persistent drizzle, Cummins burst through the top order and Zampa mopped up the tail. Australia set 267-run target for Pakistan. 90 from Aaron Finch and late-hitting from Glenn Maxwell (71) helps Australia post a total of 266/6 in Abu Dhabi. 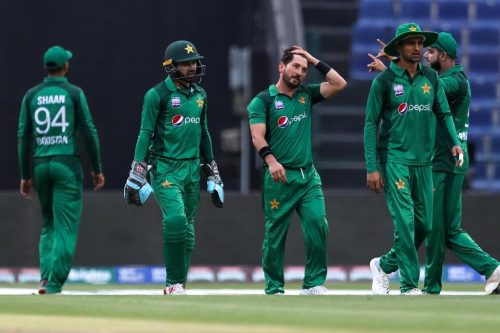 Australia have battled their way to 266, largely thanks to Glenn Maxwell and an anchoring innings from Aaron Finch. 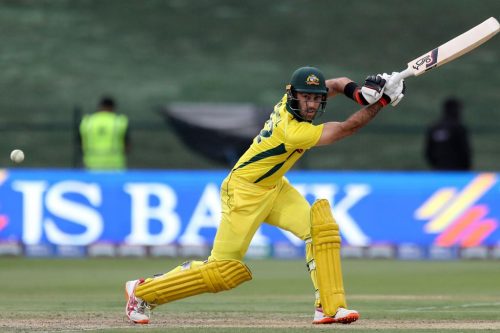 A lot of Pakistan's bowling was very good, but the fielding let them down again. 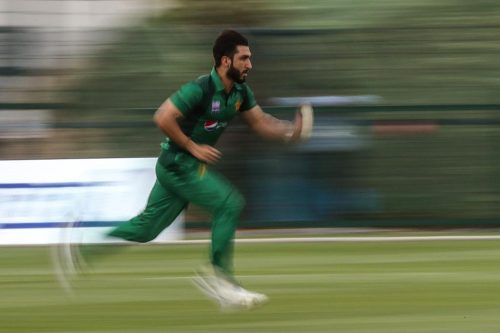 They will, however, know what they need to do with the bat rather than setting a total. Liam will be back with your for the start of the chase. Earlier, Australia won the toss and elected to bat against Pakistan. 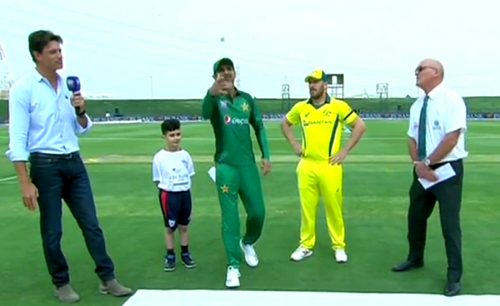 Already 2-0 down in the five-match ODI series, Pakistan will be looking to make a last-ditch effort to stop Australia from taking the series. Australia continued their fine form in the second ODI in Sharjah, claiming another eight-wicket win over Pakistan on Sunday to go 2-0 up in the series. Finch smashed a 143-ball 153 not out for his 13th ODI hundred — also his highest score in ODIs — to anchor Australia´s comfortable chase of a 285-run target in 47.5 overs. Finch, who also scored 116 in Australia's eight-wicket win in the first game at the same venue on Friday, put on a solid 209-run opening wicket stand with Usman Khawaja who scored 88 off 109. On the other hand, Pakistan led by Shoaib Malik have yet to turn the tables for themselves. For Pakistan, wickets have been hard to come by with the Pakistani bowlers so far having taken just four wickets in two matches. Debutant Mohammad Hasnain, who replaced Mohammad Amir, did give the Australians something to think about, but he was unable to find a breakthrough for his side either.   Key players Haris Sohail (Pakistan): He bats at the all-important No. 3 position, is in good form, and has had a terrific start to his one-day career, where he averages 47.60 after 28 matches. If the top order fires, Sohail will be the one to build on it and launch Pakistan to a big score. If the top order fails, he will be expected to be the glue that holds the innings together and builds it. Usman Khawaja (Australia): Khawaja is enjoying a tremendous second wind to his one-day career and seems determined to make that opening slot his own at the World Cup. He faces direct competition from David Warner, who like Khawaja, bats left-handed at the top of the order. Since the start of the India series, Khawaja has made 495 runs in seven outings at 70.71 and is Australia’s most consistent batsman in their current line-up. Conditions In the last five ODIs, Abu Dhabi has had first-innings scores of 209, 266, 239, 249 and 257. Expect anything over 250 to be par and 300 or above to be match-winning. Temperature is expected to hover around 30°C at the start. Squads Pakistan: Shoaib Malik (c), Mohammad Abbas, Umar Akmal, Abid Ali, Saad Ali, Mohammad Amir, Faheem Ashraf, Mohammad Hasnain, Junaid Khan, Shan Masood, Mohammad Rizwan (wk), Yasir Shah, Usman Shinwari, Haris Sohail, Imam ul-Haq, Imad Wasim Australia: Aaron Finch (c), Jason Behrendorff, Alex Carey (wk), Nathan Coulter-Nile, Pat Cummins, Peter Handscomb, Usman Khawaja, Nathan Lyon, Shaun Marsh, Glenn Maxwell, Jhye Richardson, Kane Richardson, Marcus Stoinis, Ashton Turner, Adam Zampa.