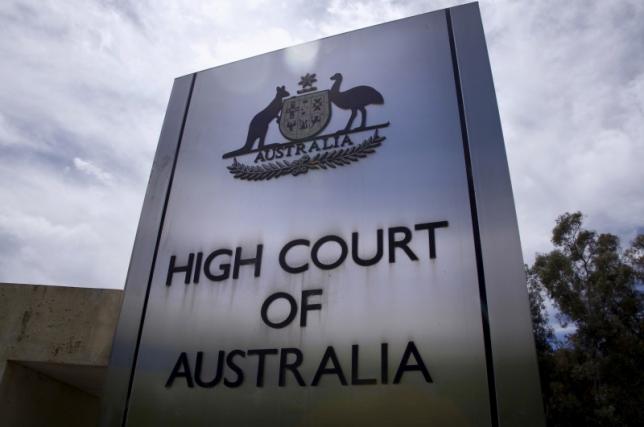 SYDNEY - Australia's High Court threw out a challenge to offshore immigration detention camps on Wednesday, clearing the way for the deportation of dozens of infants born in Australia to detained asylum seekers.

The detention centre on Nauru houses about 500 people and has been widely criticised by the United Nations and human rights agencies for harsh conditions and reports of systemic child abuse.

The Bangladeshi woman was on a boat intercepted by Australian authorities in October 2013. She was detained on Australia's remote Christmas Island and later sent to Nauru.

She gave birth to a daughter after she was transferred to Australia for medical treatment in 2014 and has remained there with her child.

Other families with children born in Australia in similar circumstances are now in line to be returned to the camps.

Lawyers from the Human Rights Law Centre (HRLC) acting for the Bangladeshi woman had argued it was illegal for Australia to operate and pay for offshore detention in a third country.

"I hope that the immigration minister and the prime minister, just like other decent Australians, can see that there is simply no excuse to take 37 babies, to rip children from their classrooms, and warehouse them on a tiny island," HRLC Director of Legal Advocacy Daniel Webb told reporters.

"Our commitment today is simply this: the people smugglers will not prevail over our sovereignty," he told parliament. "Our borders are secure. The line has to be drawn somewhere and it is drawn at our border."

Children born in Australia to non-citizens or parents without legal residency are not entitled to citizenship until after their 10th birthday, and then only if they have lived most of their lives in Australia.

Under Australia’s immigration policy, asylum seekers attempting to reach the country by boat are intercepted and sent to camps on Nauru, about 3,000 km (1,800 miles) northeast of Australia, or on Manus island in Papua New Guinea.

The ruling will allow Immigration Minister Peter Dutton to fulfil his pledge to deport the infants, as well as 54 children brought to Australia from Nauru for medical treatment and more than 150 adult family members. UNICEF called the decision "unreasonable" in a statement and urged the government not to move ahead with the deportations. -Reuters