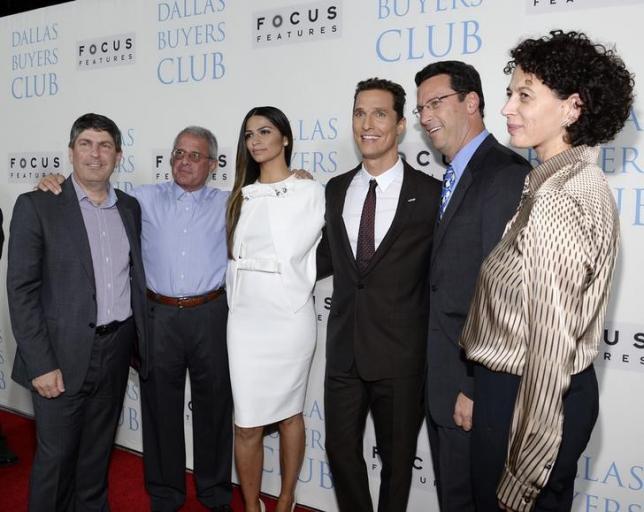 SYDNEY - An Australian court on Friday forced makers of the film "Dallas Buyers Club" to cap penalties for illegal downloaders, a ruling welcomed by Internet companies as a "knockout blow" to the controversial tactic of threatening pirates into paying fines. The ruling puts Australia at odds with the United States, Britain, Canada and Germany where content owners have been allowed to send letters to suspected illegal downloaders demanding thousands of dollars to drop legal action, a measure known as "speculative invoicing". In a lawsuit seen as a test of whether the practice will be allowed in Australia, where a third of adults admit to stealing online, the studio behind the triple Oscar winner, Voltage Pictures, wanted iiNet and five smaller Internet companies to hand over the addresses of 4,276 suspected offenders. But in an unexpected setback, the Federal Court refused their request, saying it would only make the Internet companies hand over customer details if the producers promised to charge only the cost of buying a copy of the film. The judge also ordered the Hollywood producers pay a A$600,000 bond to ensure they keep the promise. "It's probably a knockout blow for anyone who thinks they can successfully get into the speculative invoicing business in Australia," said John Stanton, chief executive officer of the Internet industry group the Communications Alliance. "It's hard to see how that type of activity can be viable in Australia if rights holders are confined to seeking damages equivalent to the purchase of the item in question and a contribution to legal costs." Michael Fraser, a professor of law at University of Technology Sydney and chairman of the Australian Copyright Council, said he expected the producers to pay the bond and charge the smaller fines since "they're out to make a point". "It won't defeat piracy by itself but it shows a rights owner taking proceedings to protect their rights as they're entitled to do." The court ruling bans "Dallas Buyers Club" producers from charging the Internet customers damages for the number of times each illegal downloader let someone else download the film from them, and for other content that downloaders might have stolen. The court did not disclose the amount the producers sought from each suspected pirate except to say it was "substantial" and "plainly speculative invoicing". -Reuters