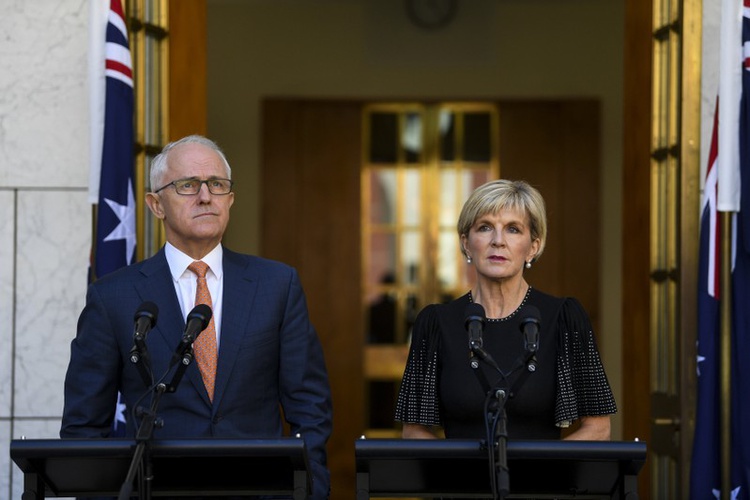 SYDNEY (Reuters) - Australia’s Foreign Minister Julie Bishop clarified some earlier comments on Wednesday by saying the country had no plans to boycott the soccer World Cup in response to a nerve agent attack on a former Russian spy in Britain. After Australia expelled two Russian diplomats on Tuesday, Bishop said that boycotting the June 14-July 15 tournament in Russia was among “a range” of other options available to the government. On Wednesday, though, she cleared up what she thought had been a misunderstanding over her comments. “The Australian government is not considering a boycott of the World Cup,” she told reporters in Canberra. “When I was asked about it yesterday I was referring to the fact that Britain, for example, pursued an option of announcing that the Royal Family would not be attending the World Cup, but Australia is not considering a boycott.” The British government has blamed Moscow for the attack on the former Russian intelligence officer in Salisbury, prompting a series of reprisals against the Kremlin from governments across the Western world. The United States said on Monday it would expel 60 Russian diplomats. In total, 100 diplomats are being removed, the biggest Western expulsion since the height of the Cold War. Bishop said she thought Australia had taken “appropriate action” with the removal of the two Russian diplomats. “This sends a very powerful message that Russia’s actions and the responsibility that Russia must take this use of a chemical nerve agent in London will not be tolerated,” she said. Football Federation Australia said on Tuesday that, as far as it was concerned, their Socceroos team would be in Russia in June.”As things stand, all qualifying teams, including the England team, will be taking part in this FIFA event and that continues to be our intention,” read an FFA statement.