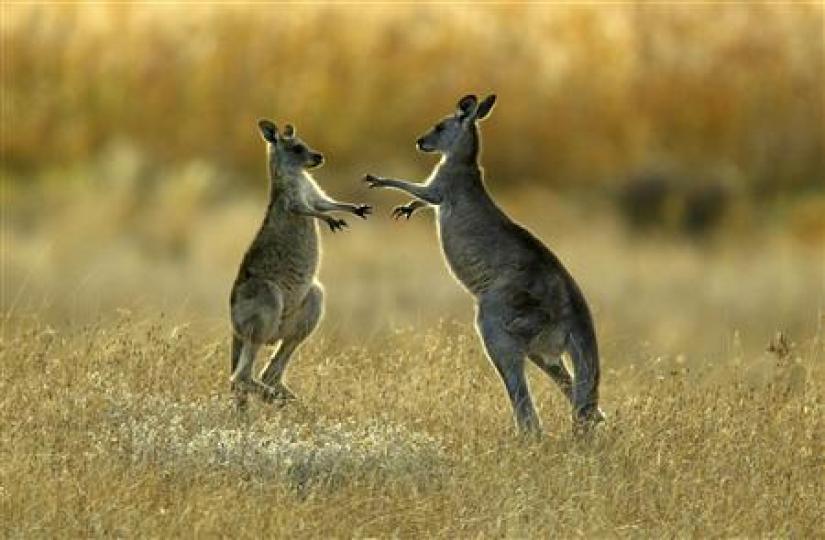 MELBOURNE (Reuters) - A 28-year-old Australian man will spend five months in prison for brutally killing a kangaroo in an attack filmed and posted on social media, ABC News reported. Ricky Ian Swan was one of four men charged in September with using weapons to torture and kill two kangaroos. Swan chased one of the kangaroos inflicting more than 20 stab wounds and kicking the dying animal in the head. “You subjected this particular animal to a savage and brutal attack,” ABC cited Magistrate Deen Potter as saying. Potter also said that Swan’s actions amounted to cruelty to an animal and included torture, mutilation and malicious behaviour. “I don’t know what came over me,” ABC cited Swan’s remarks from one of his sentencing reports. “It’s disgusting. That person in the video is not me.” The Joondalup Magistrates Court in Western Australia handed Swan an immediate 12-month jail term, seven months of which were suspended. Swan previously pleaded guilty to two animal cruelty charges. Earlier in the week, the court sentenced Swan’s co-accused, a 26-year-old Perth man, to two years in prison for a series of animal cruelty offences, which the court said displayed “monstrosity”, ABC reported. According to government statistics there are about 45 million kangaroos in Australia and the number is growing rapidly, nearly doubling the human population, now at 25 million. Most animal welfare is regulated at the state or territory level.