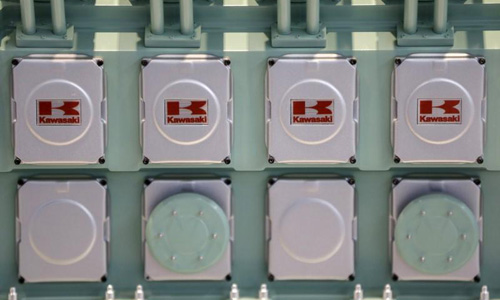 AUSTRALIA - Australia's federal opposition said on Wednesday it wanted to invite Sweden to join Germany, France and Japan in submitting tenders for a multi-billion dollar contract to build a new submarine fleet, as part of a proposal to end political gridlock on the project. Labor Party Leader Bill Shorten presented a detailed, bipartisan approach to the submarine project, worth A$50 billion ($38.8 billion) over the life of the vessels, countering the government's sketchy proposal for a competitive tender. The opposition plan includes providing funding to all four countries to come up with general proposals before formal tenders are whittled down to one or two. "Under this process, Australia would invite the most prominent, relevant submarine designers from Germany, France, Japan and Sweden to participate," Shorten said at a conference of Australian naval officials and politicians in Adelaide called Australia's Future Submarine Summit. While the government has not publicly detailed its tender process, it had excluded Sweden, which worked with Australia to build the six ageing Collins-class vessels that are being replaced, citing its lack of recent experience. The submarine project has become something of a political football amid accusations Australian businesses will miss out on the work and Prime Minister Tony Abbott's dwindling popularity. Abbott had pledged ahead of his election in 2013 that up to 12 submarines would be built at state-owned shipbuilder ASC in Adelaide. He later backpedalled, with sources saying Japan was in the box seat to sell off-the-shelf submarines to Australia after the two countries agreed in June last year to cooperate on military technology. Abbott changed position again before an internal challenge to his leadership in February, promising something closer to an open tender to be completed by the year-end in an attempt to shore up political support. Defense Minister Kevin Andrews said at the Adelaide gathering that France, Germany and Japan have emerged as potential "international partners". Andrews added that a "competitive evaluation" would take at least 10 months, after which the Defense Department would advise the government on preferred bidders. Under Shorten's proposal, a 12-18 month process would begin with Australia inviting Germany, France, Japan and Sweden to make initial proposals, each receiving A$7 million from Australia for their involvement. Australia would then select one to two submarine builders to provide full designs and fixed price contract bids. Those parties would receive an additional A$8 million each to provide the more detailed final tender bids. One of Shorten's proposed non-negotiable conditions was that the submarines be built and maintained in Australia. Germany's ThyssenKrupp Marine Systems and France's state-controlled naval contractor DCNS have both expressed interest in the tender and said they would build in Australia. Andrews stressed Australian involvement in the project, saying "significant work" would be undertaken by domestic companies during the build phase. Further opportunities for support and maintenance, running to decades, would account for two-thirds of the investment, he said. The proposals sought from potential partners would include options for design and build overseas, in Australia and using a hybrid approach as well as rough costs and schedules, Andrews said. The two Japanese firms that until recently were considered the frontrunners for the project, Mitsubishi Heavy Industries and Kawasaki Heavy Industries, rebuffed an invitation to attend the Adelaide conference. - REUTERS