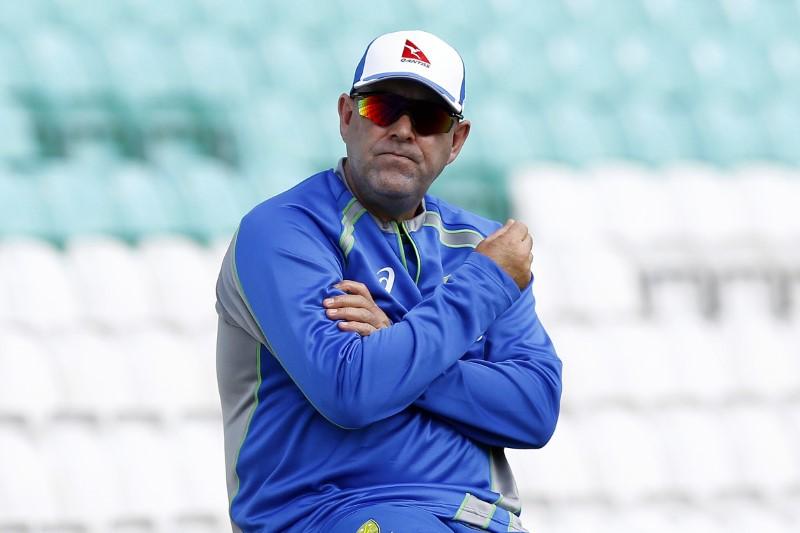 JOHANNESBURG (Reuters) - Cricket Australia supremo James Sutherland arrived in South Africa on Tuesday to precipitate an expected dramatic shake up of the Test team in the wake of the weekend’s ball-tampering scandal and announce punishment for the protagonists.

Australia was plunged into turmoil after captain Steve Smith admitted on Saturday that senior players had conspired with opening batsman Cameron Bancroft to tamper with the ball during the third Test against South Africa in Cape Town.

Sutherland, who already asked Smith and David Warner to step down as captain and vice captain respectively, is expected to come down hard on the team’s senior figures after being given a report into the scandal.

The chief executive will hear the outcome of a probe into Saturday’s incident from team performance head Pat Howard and integrity chief Iain Roy after the pair spent Monday in Cape Town interviewing the players.

Cricket Australia (CA) will announce the punishments on Tuesday at a news conference in Johannesburg, where the team will arrive earlier in the day to prepare for the fourth Test.

They are expected to announce additional sanction for captain Smith, who has already been suspended for the fourth Test by the International Cricket Council (ICC) and is expected to head home to Australia in the next few days.

There could also be bans for Warner and other members of the ‘leadership group’, who Smith admitted had hatched the plan to rough up the ball to obtain extra swing on the third day of the third Test.

The position of coach Darren Lehmann also hangs in the balance despite Smith’s denial of any involvement by the coach.

The former Test batsman clearly played a part in trying to cover up the cheating by getting word to Bancroft that his use of tape to try and scuff up the ball had been spotted by the television cameras.

Britain’s Daily Telegraph on Tuesday cited sources as saying Lehmann, who has made no public comment since the incident, planned to pre-empt the investigation by stepping down more than a year ahead of his planned exit after the 2019 Ashes series.

Smith’s predecessor as captain, Michael Clarke, thought Lehmann was damned even if he had not known about the plan to cheat.

“If that’s the case, then the Australian head coach hasn’t got control of this Australian team,” Clarke said on Channel Nine TV. “And if he does know about it, then he’s as accountable as anybody else.”

Even if Lehmann is cleared of any involvement in the affair, there is clearly a mood in Australia that the standards of behaviour of the national team have dropped too far in the five years of his reign.

Prime Minister Malcolm Turnbull said on Tuesday he had spoken to Cricket Australia chairman David Peever and demanded swift action on the ball-tampering incident, which he described as a “shocking affront to Australia” and a “terrible disgrace”.

He also spoke out against the practice of “sledging” opponents, something Lehmann and his team have defended as part of the game and which had already contributed to a souring of relations with South Africa in this series.

“I think there has to be the strongest action taken against this practice of sledging,” Turnbull told reporters in Canberra.

“It has got right out of control, it should have no place in the game, I want to be very clear about this. The game of cricket should be one that once again is held up as a role model.

“I think that some of the sledging, as some of the shocking conduct that we have seen, is also part of the process of review and reflection that is going to be undertaken.”

Cricket Australia, facing pressure from sponsors and an angry public, have their own code of conduct and the capability to meet out serious sanction, including year-long bans.

The team has remained cloistered in their hotel since Sunday, keeping a stony media silence after losing the third Test by 322 runs to go 2-1 down in the four-Test series.