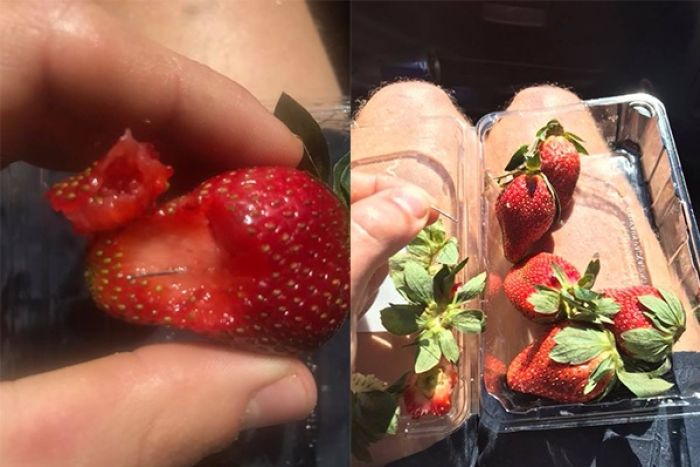 SYDNEY (Reuters) - A 50-year-old woman will face court on Monday after police charged her with contaminating strawberries with needles, an episode that spurred one of Australia’s biggest food scares. Australia’s strawberry industry, worth A$160 million (89.44 million pounds), was rocked in September after nearly 200 complaints were made of sewing needles found in strawberries and other fruits. Several major supermarkets withdrew the fruit as shoppers abandoned purchases, forcing some growers to dump fruit amid warnings of widespread bankruptcies. Australian police said on Monday they had charged a 50-year woman with seven cases of contamination, the first charges laid in the case. “This has probably been one of the most trying investigations that I’ve been part of,” Queensland Police Detective Superintendent Jon Wacker told reporters in Brisbane, the capital of Queensland state where the contamination crisis was first reported. Police said the woman was a former employee of one of the brands affected, although he did not specify which one. The woman faces up to 10 years in jail if found guilty after Australia’s conservative government toughened sentencing in a bid to contain the crisis. Australia also criminalised hoax claims. Wacker said police received 186 complaints of fruit contamination, of which 15 had been found to be hoaxes. Strawberry growers welcomed the charges but blamed social media for the crisis.
“It was a crisis driven by social media and the only real victims were the strawberry growers, and to some extent other Australian fruit growers and exporters,” the Queensland Strawberry Growers Association said in a statement. Queensland, Australia’s largest strawberry-producing region, is particularly vulnerable to a sustained downturn in the market. State premier Annastacia Palaszczuk said on Tuesday her government would set aside A$1 million ($722,400) to help farmers make it through the season.