Australia's Bird given opportunity to fly at the Basin 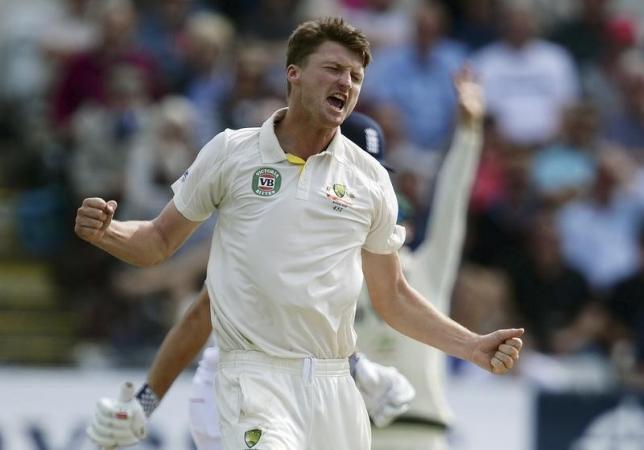 Australia's Bird given opportunity to fly at the Basin

WELLINGTON - Pace bowler Jackson Bird has been recalled by Australia for the first test against New Zealand after James Pattinson was deemed not quite ready to stand up to the rigours of a full workload, captain Steve Smith said on Thursday.

The 29-year-old Bird was a surprise selection for the first of two matches against New Zealand, which starts on Friday, having played the last of his three tests on the 2013 Ashes tour. "The selectors aren't 100 percent sure that (Pattinson) will get through this test match and Jackson Bird has been bowling extremely well," Smith told reporters at the Basin Reserve.

"We saw him for the first time in the nets yesterday and he bowled extremely well. He's bowling with quite good pace, he's hitting a good area and he's swinging the ball, and swinging it late, which is a great attribute to have. "If he gets the ball in the right areas in this test match I think he can do a bit of damage."

Smith said the top six batsmen and wicketkeeper Peter Nevill had retained their spots from the rain-disrupted drawn third test against West Indies in Sydney in early January.

Veteran fast-medium bowler Peter Siddle had also come in for left-arm spinner Steve O'Keefe, who was not included in the squad for the New Zealand tour. Pattinson was withdrawn from a first-class match in Australia last week and brought over to New Zealand early to begin bowling on local wickets.

The 25-year-old right-arm fast bowler, who has experienced soreness in his left shin, should be available for the second test in Christchurch, which begins on Feb. 20. "I think it's nice to just have that little bit of extra time," Smith said. "He can get a few bowls in in the nets over the next couple of days and the selectors are confident that he'll be fit and available for the second test match."

New Zealand also confirmed their starting side with Henry Nicholls making his test debut batting at number four in place of the injured Ross Taylor. Doug Bracewell has been named in the third seamer's role ahead of Neil Wagner, while Corey Anderson has replaced the injured Mitchell Santner as the all-rounder.

Santner's injured foot has also allowed Mark Craig to return as the specialist spinner. "It was incredibly tough on Wags because he's done such a great job for us," New Zealand captain Brendon McCullum said. "But with losing Santner to injury and the balance of the team, we have to go in with a spinner. You've got to pick a team for five days and Mark Craig came back into calculations."