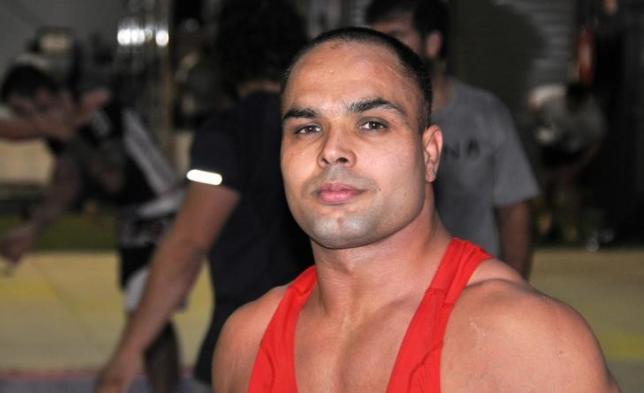 MELBOURNE - Australian wrestler Vinod Kumar has hired lawyers in a bid to clear his name and compete at the Rio de Janeiro Olympics after he was hit with a four-year ban for failing a doping test during a qualification event. The Australian Olympic Committee (AOC) said it had asked the national wrestling federation to drop the 31-year-old from its Olympic team after he tested positive for a banned substance following the African/Oceania qualifier in Algiers. India-born Kumar was to compete in the 66-kg division of Greco-Roman wrestling in Rio. His coach, Kostya Ermakovich, told Reuters that Kumar, who was training in Germany, was devastated and had no idea how he had failed the test. "You should see how upset he is," Ermakovich told Reuters by telephone. "He’s really depressed. He’s 100 percent sure he didn’t do anything wrong. "He's got lawyers to fight this for him. "We're going to appeal because we don’t know what’s going on." The AOC said both Kumar's A and B samples had tested positive but declined to name the substance. "The international federation, United World Wrestling, has advised they will reallocate his position in the 66kg division to the next best ranked NOC," the committee said in a statement. He had 30 days to appeal to the Court of Arbitration for Sport, the AOC added. Kumar emigrated to Australia in 2010 and first competed for his adopted country in March. Ermakovich said he was uncertain what Kumar had tested positive for but insisted his wrestler was not a drugs cheat. "I'm shattered by this ... The only thing he said he was taking was protein shakes," he said. "I don’t need to know about any of these things. But I said to all my athletes, 'you should never take proteins or supplements or anything'. I warned them all the time. "Vinod's English is really poor. Maybe he couldn't read the labels properly or (the protein shakes) didn't have a full description of their ingredients." Melbourne-based Kumar met Reuters for an interview at his home in May and said he owed friends who had helped finance his Olympic bid up to A$15,000 ($11,500). Both his parents had died since he left India, his mother two weeks before the interview. "Sometimes I'm feeling very upset, thinking I am here and I have no money, nothing here," he told Reuters. -Reuters