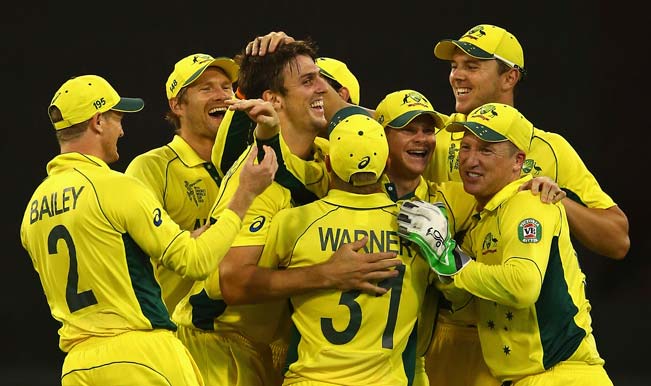 SYDNEY - Australia's test squad have been sent back to play domestic one-day cricket in order to prepare for next month's series against New Zealand after their tour to Bangladesh was postponed on Thursday due to security concerns. The squad were originally due to leave on Monday but were told to stay back after their government warned of potential security risks. Cricket Australia (CA) sent a delegation to Bangladesh over the weekend to assess the situation and while they were there an Italian aid worker in Dhaka was shot dead in an attack that Islamic State said it had carried out. The delegation arrived back in Australia on Wednesday to brief government and CA officials and confirmed the cricketers could be targeted. "The tour of Bangladesh was going to be an important series for our relatively new-look test team heading into the Australian summer, so we're disappointed it won't go ahead," CA's general manager of team performance Pat Howard said in a statement on Friday. "Given the circumstances, it's important we give our test players the best preparation leading into the summer so they will now be available to play in the (one day competition) throughout October to get valuable match experience in Australian conditions." The domestic one-day competition begins on Oct. 5. An additional two-day 'red ball' training camp has been scheduled for Sydney on Oct. 13-14, as the side prepare for New Zealand's tour, which comprises three tests starting in Brisbane on Nov. 5. Australia's first class competition would also start a day later than originally scheduled, with the round of matches starting on Oct. 28. "While we believe the red-ball camp will provide solid preparation for the Australian players, the first Sheffield Shield round will provide a long-form match opportunity for those players," Howard said. "Australian players will be made available for the first round dependent on injury and workloads ahead of the first test against New Zealand." -Reuters