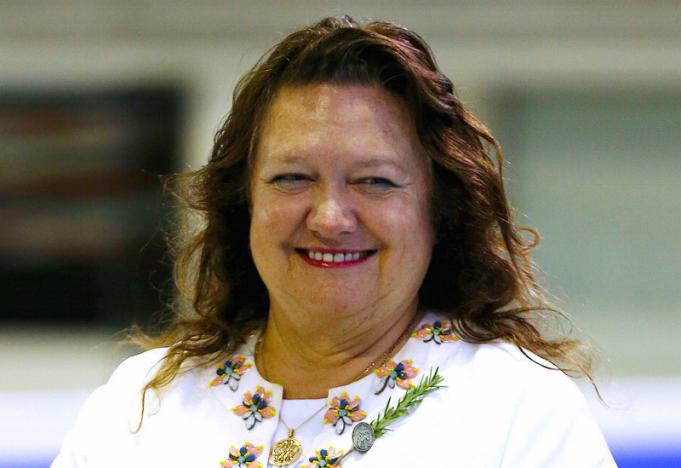 SYDNEY - Australia's richest woman Gina Rinehart and Chinese developer Shanghai CRED have agreed on a deal to jointly purchase S. Kidman & Co, the country's largest private land holding, for A$365 million ($276.8 million), the companies said on Sunday. Rinehart's Hancock Prospecting will own 67 percent and Shanghai CRED 33 percent of Australian Outback Beef Pty Ltd, a new joint venture created to buy Kidman in a bid to overcome government concerns about foreign interests buying the cattle empire. In April, the Australian government rejected a A$371 million ($281.3 million) bid by a consortium headed by Shanghai CRED and Hunan Dakang Pasture Farming Co Ltd 002505.SZ, alongside a minority 20 percent Australian interest, the group's second rejection in six months. Australian Treasurer Scott Morrison said the sale of Kidman's vast holdings - about the same size as South Korea - to the Chinese buyers was not in the national interest. Domestic ownership of agriculture is seen as crucial for Australia to cash in on global food demand and to keep tax revenues onshore. Rinehart, who has close ties with ruling conservative lawmakers, said Kidman "is an important part of Australia's pioneering and entrepreneurial history". Founded more than 100 years ago, Kidman has an average beef herd carrying capacity of 185,000 cattle and pastoral leases covering 101,000 sq km (39,000 sq miles). The company has already agreed to sell its Anna Creek Station in South Australia, which makes up a quarter of its land holding, to an Australian buyer to help assuage government concerns. Anna Creek is adjacent to the Woomera weapons testing site, a concern noted by Morrison in rejecting the sale. The Hancock deal is reliant on the separate sale of Anna Creek being completed. Proceeds from the sale of that and another station will be paid to Kidman and retained in the company for the benefit of Australian Outback Beef. “We welcome the significant investment proposed in addition to the purchase price and are confident that the Kidman business will be in good hands,' Kidman Chairman John Crosby said. A source familiar with the Dakang bid told Reuters in late August that it was considering a fresh bid of its own with potential domestic investors. Rinehart would be a formidable opponent if Dakang pushed ahead. She is Australia's richest woman with assets worth $11.1 billion, according to Forbes, largely tied to iron ore assets. -Reuters