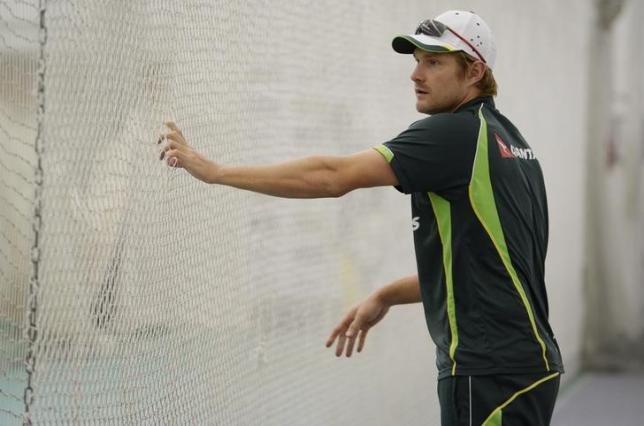 MUMBAI - Australia's Shane Watson attracted a top bid of $1.4 million and will join the Bangalore franchise for the next edition of the Indian Premier League Twenty20 tournament, while former England skipper Kevin Pietersen was bought by newcomers Pune.

All-rounder Watson, who had a base price of 20 million rupees ($295,000), was in high demand in Saturday's auction for the cash-rich tournament, the ninth edition of which will be played from April 9 to May 29.

"Incredibly excited to join such a great franchise. Looking forward to joining up with my new team mates in April," the 34-year-old said on Twitter.

Aaron Finch, Australia's captain in the shortest form of the game, went unsold after injuring his left hamstring during a T20 match against India in Melbourne last month.

In-form New Zealand opening batsman Martin Guptill was also unsold in the first round of auctions for marquee players.

Pune and Rajkot were unveiled as the new teams in the Twenty20 competition in December, replacing Chennai Super Kings and Rajasthan Royals.

The franchise owners of Rajasthan and Chennai were suspended for two years by the Indian cricket board in July for their role in an illegal betting scandal that erupted in 2013.

Pietersen, who has been plying his trade in T20 leagues around the world after England shut the selection door on its controversial former captain, was the first player to be sold at the auction on Saturday.

All-rounder Yuvraj Singh, who fetched 160 million rupees at last year's auction, attracted the highest bid among Indian players on Saturday and will play for the Hyderabad franchise after being bought for 70 million rupees. Hyderabad also spent 55 million rupees on Ashish Nehra, the 36-year-old fast bowler who has also been included in India's World Twenty20 squad. -Reuters