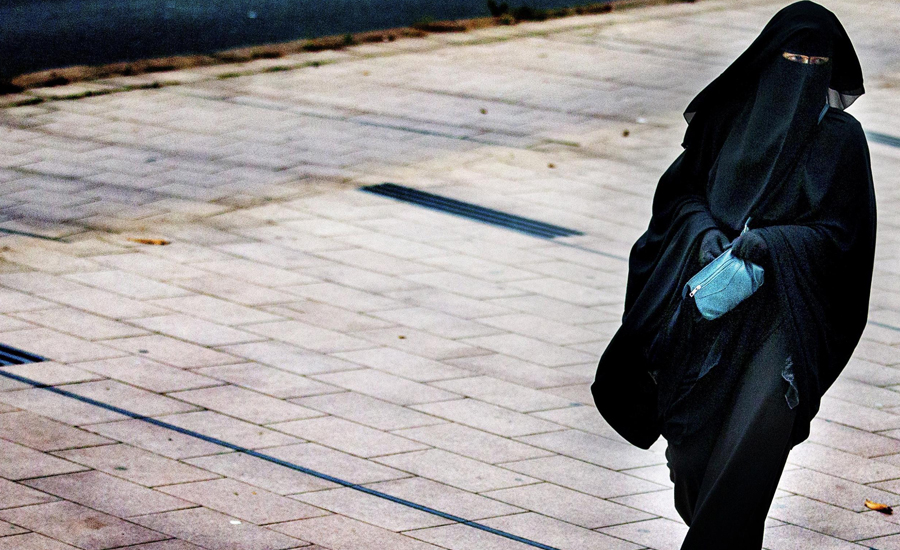 VIENNA (92 News) – Austrian members of parliament have approved a new bill which bans garments that fully cover the face of women - the latest restriction for the country's Muslim population.

The provision, adopted on Tuesday night, was backed by both ruling parties and means that people wearing full-face veils in public will be subject to 150-euro ($166) fines starting in October.

The measure was first announced by Austria's coalition government in January as part of wider proposals aimed at countering the rise of the far-right, anti-Islam Freedom Party.

Farid Hafez, political scientist at the University of Salzburg and editor of The European Islamophobia Report, said the ban was just the latest move imposing restrictions on Muslims. In 2015, Austria, home to some 600,000 Muslims, passed a bill requiring imams to be able to speak German.

"This is another example of the far right becoming the hegemonic force in the public discourse," he told Al Jazeera.

The ban is part of a larger package which also forbids the distribution of the Quran and requires all migrants in Austria to participate in an "integration" year during which they take classes to learn German and ethics considered customary in Austria.

That measure is targeted at refugees and asylum seekers viewed as having a good chance of remaining in Austria.

"It will definitely empower people who have just arrived here to get acquainted with society more," Hafez said.

"But at the end of the day, what is needed is access to the labour market. Austria has one of the most restrictive labour markets in Europe and this has not fundamentally been changed.

"So it sounds good, but the real improvement is still lacking," he said.

Asylum seekers are also expected to perform unpaid public work under the new law - a proposal, supporters say, that is designed to make migrants better suited for the Austrian labour market.

Migrants refusing to take part in the integration courses or public work will see their welfare benefits cut.

The nationwide ban on full-face veils comes on the heels of a European Court of Justice (ECJ) ruling in March, which stated that employers are entitled to ban staff from wearing visible religious symbols, a decision Muslims said was a direct attack on women wearing hijabs at work.

"The court could and should have seized the opportunity to put a halt to the multiple discriminations faced by Muslim women and protect their fundamental rights, but they chose not to," Kim Lecoyer, president of Belgium-based Muslim Women Lawyers for Human Rights, told Al Jazeera in reaction to the ECJ ruling.