Authorities fail to dispose excreta on second day of Eid 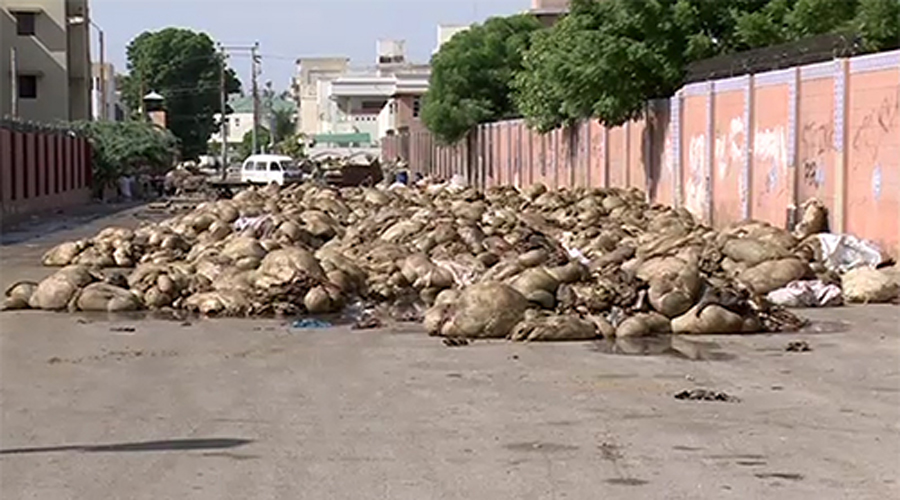 Authorities fail to dispose excreta on second day of Eid

LAHORE/KARACHI (92 News) – The local administration across the country failed to remove the waste generated from the sacrifice of animals as the citizens celebrating Eidul Azha. Cleaning the cities during and after the Eid becomes a major challenge for the corporation every year as thousands of animals are sacrificed right on the streets during Eidul Azha and waste are usually left out in the open by most people. The authorities have directed to make all out efforts for provision of quality services and collection and disposal of entrails, offals and waste material of sacrificial animals. With so many promises by the authorities nationwide the Eid day management is inefficient with low strength of labor and an insufficient amount of waste trucks operating for a timely clean up. In Karachi, piles of excreta could be seen in various parts of the city causing problems for the citizens, while the local administration is busy in celebrating the Eid. The same situation could also be seen in other cities including Lahore, Faisalabad, Gujranwala and Multan.