Avenfield reference verdict reserved, to be announced on July 6 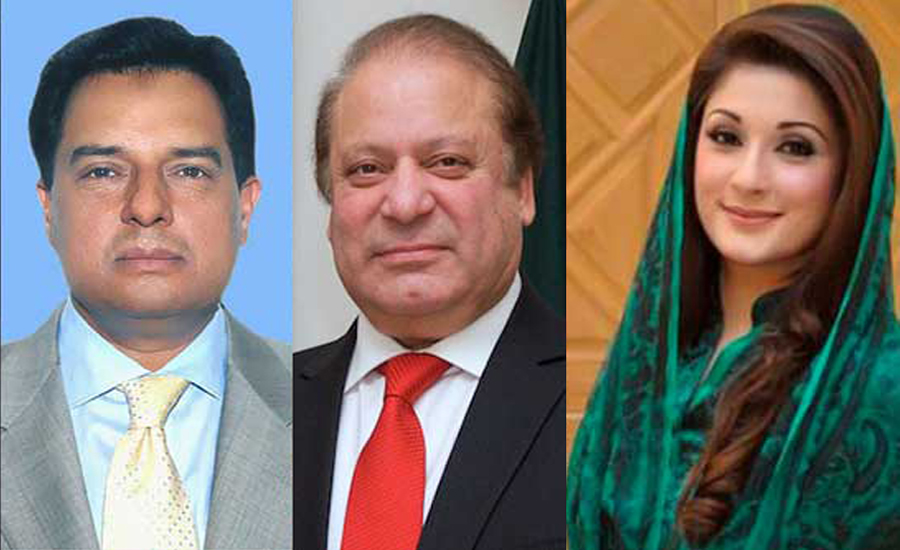 Avenfield reference verdict reserved, to be announced on July 6

ISLAMABAD (92 News) – Accountability Court Judge Muhammad Bashir on Tuesday reserved the verdict on the Avenfield references against the Sharif family. The court will announce the judgment on July 6. The judgement was reserved after Nawaz Sharif's counsel completed his arguments. The court has issued notices to former prime minister Nawaz Sharif, his daughter Maryam Nawaz and son-in-law Capt (retd) Safdar for July 6. Earlier on Monday, former prime minister Nawaz Sharif and his daughter Maryam Nawaz were given a two-day exemption from appearing in the accountability court hearing Avenfield properties reference against them. Nawaz and his family are facing three corruption cases in the accountability court after the National Accountability Bureau (NAB) filed references against them in light of the Supreme Court's verdict in the Panama Papers case last year. As the hearing went under way, the defence counsel for Maryam Nawaz and her husband Capt (R) Safdar, Amjad Pervez resumed presenting final arguments in the case. He said the joint investigation team (JIT) report has an attached CV of Robert William Radley’s daughter Ellen Radley who according to the CV is a font expert. He said Ellen Radley did not appear before the court. Maryam’s counsel said that Robert Radley while appearing before the court did not tell anything about his education except that he is working in this field since 1976. He said it is nowhere submitted that what education expertise Radley possessed, but it is clear from his statement that he is not a computer expert. He said since Robert Radley is not an expert witness, his testimony is not admissible. Amjad Pervez citing certain portions of Radley’s testimony also contended that he is not truthful and impartial witness and rather he is an interested witness. He also asked why a foreign expert was hired when this type of examination was also possible in Pakistan. Beside this, he said, the JIT could hire a foreign expert by itself or through Foreign Office that it did not. He said there was no need to hire Quist Solicitor for this purpose who was first cousin of the JIT head Wajid Zia. Amjad Pervez said that Radley has admitted that he himself downloaded ‘Calibri’ font in 2005, so the possibility that the font existed in 2005 cannot be ruled out. He said the prosecution’s version is that the font was not available before 2007. Amjad Pervez said that Radley had submitted two reports to the JIT, first on July 4, 2017, while the second was on July 8, 2017. Interestingly, the first report has no mention of ‘Calibri’ font. He said the question is how he missed the font issue at first when according to him he examined photocopies of the trust deeds. Radley in glossary of his report has rated the trust deeds as ‘moderate’ while the JIT termed these as fabricated, Amjad Pervez said. He said Robert Radley’s report is also uncorroborated with any evidence and hence it is weak evidence at which JIT built its opinion. Amjad Pervez said Lawrence Radley, who had purchased Avenfield properties on behalf of the purchasers, was not associated in the investigation also. Advocate Pervez also objected over the issue that some 30 to 40 experts were assisting the JIT. He said that their names and qualifications were kept secret on the pretext of security, but there is no such order of the SC to support the same. He said there is a possibility that these 40 people prepared the JIT report and got signatures of JIT members while none of the 40 people were produced before the court as witnesses. Amjad Pervez said the prosecution failed to establish its charges and yet they have to prove that Nawaz Sharif has any connection with these flats whatsoever.