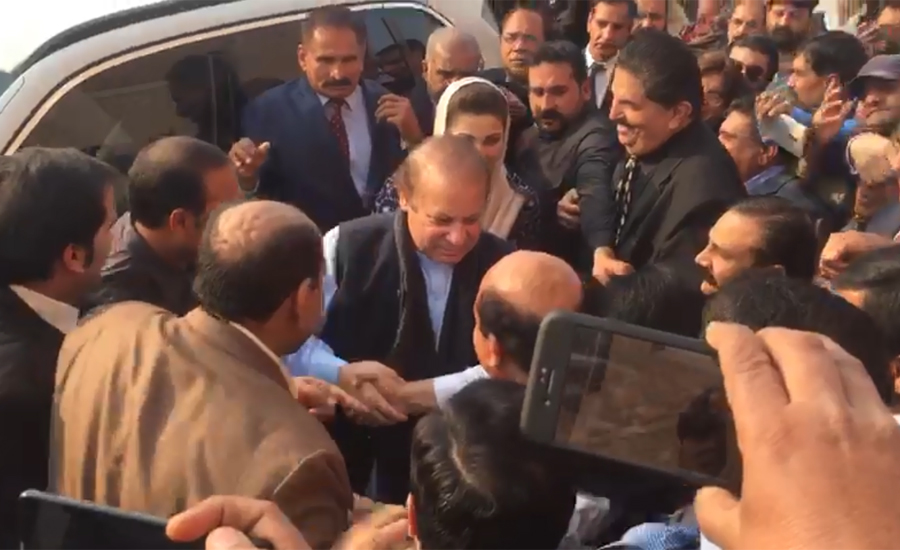 ISLAMABAD (92 News) – An accountability court (AC) on Wednesday resumes hearing of mega corruption reference filed against former prime minister Nawaz Sharif and his family by the National Accountability Bureau (NAB) in line with the Supreme Court directive in the Panamagate case.

Nawaz Sharif, his daughter Maryam Nawaz and son-in-law Captain (r) Safdar will appear before the court amid tight security.

In today’s proceedings, the lawyer will continue cross examination on statement recorded by Wajid Zia, former head of joint investigation team (JIT) formed by the Supreme Court over Panamagate case.

Previously, the National Accountability Bureau (NAB) had filed three cases of corruption and money laundering against Sharif, his family members and Finance Minister Ishaq Dar in the Islamabad Accountability Court following the verdict.

The anti-graft body NAB had frozen the bank accounts and seized properties of Sharif and his family members to put pressure on them to appear before the court.

The Sharifs have denied any wrongdoing and have labeled the corruption proceedings against them as politically motivated. Two of Nawaz’s sons are also due to appear before the NAB court, along with Finance Minister Ishaq Dar.

Nawaz was disqualified by the Supreme Court in July for not declaring a source of income that he disputes receiving. Pakistan’s top court also ordered a wide-ranging NAB investigation and trial into Sharif family members.

The Supreme Court specified that the trial be concluded within six months by NAB, which has in the past been derided as toothless because rich and powerful politicians were seldom convicted.